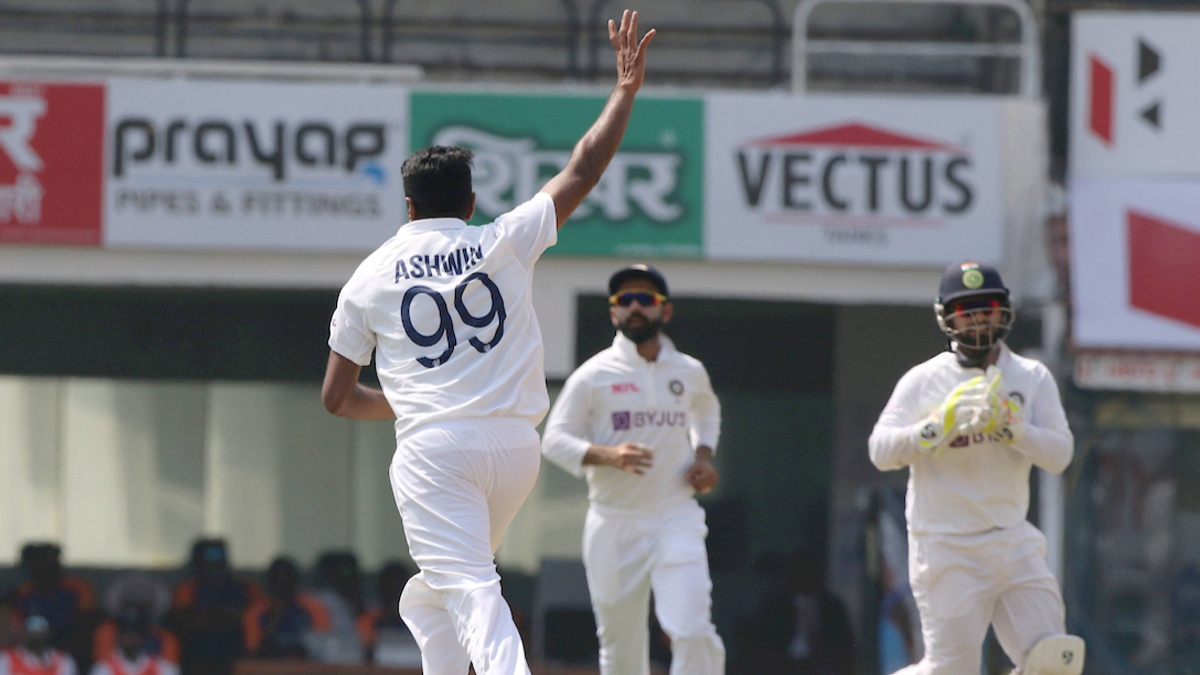 Skipper Joe Root scored his fifth double century — the first by a batsman playing his 100th Test — to lead England to 555 for eight wickets at stumps on the second day of the first Test against India at the MA Chidambaram Stadium. Root (218, 19x4s, 2x6s), whose double ton was also the first by an overseas cricketer in India in over 10 years, was ably supported by Ben Stokes (82) as the two added 124 for the fourth wicket. At close, Dominic Bess was batting on 28 and Jack Leach was on six. The two tail-enders added an unbeaten 30 in 10.3 overs. India vs England Live Streaming Online 1st Test 2021 Day 3 on Star Sports and Disney+Hotstar: Get Free Live Telecast of Ind vs Eng on TV, Online and Listen to Live Radio Commentary.

India picked four wickets in the last session, with pace bowler Ishant Sharma getting two wickets — Jos Buttler and Jofra Archer — off two balls, but Bess and Leach ensured that Virat Kohli’s boys will have to return on the third morning, something that Root wanted.

England did not lose a wicket in the first session as Root and Stokes added 92 in that session. Stokes, who took guard at the start of the second day’s play after opener Dominic Sibley was dismissed in the last over of the first day, survived a couple of chances. Joe Root’s Record-Breaking Double Ton Hailed, Indian Bowlers Trolled by Netizens As England Continue to Dominate in the First Test in Chennai.

Off-spinner R Ashwin dropped a tough chance off his own bowling and Cheteshwar Pujara dropped him at mid-wicket off the bowling of left-arm spinner Shahbaz Nadeem. India also wasted a chance early in the day to run out Root too as Washington Sundar’s throw was wide off the wicket-keeper.

(The above story first appeared on Reportr Door on Feb 07, 2021 08:43 AM IST. For more news and updates on politics, world, sports, entertainment and lifestyle, log on to our website reportrdoor.com).

Islanders nip Penguins to snap five-game skid
Tom Brady and Gisele Bundchen: Inside the relationship, from marriage to kids & more to know
Comment