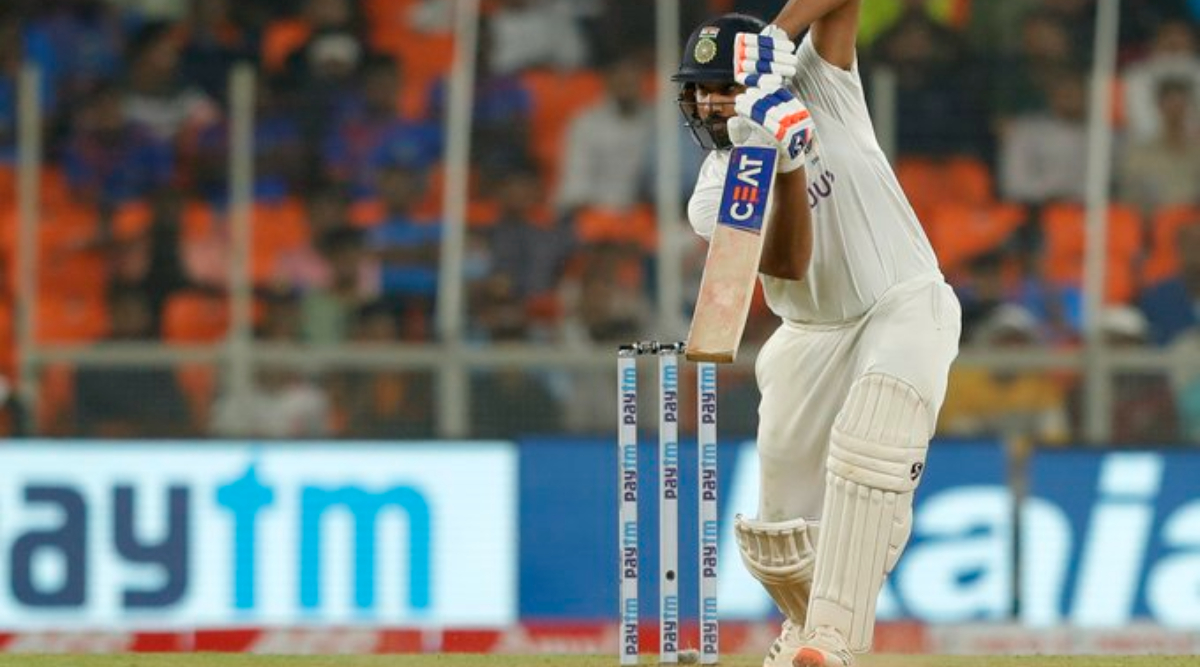 The action in the third Test between India and England moves into the day two with hosts in a comfortable position. At close of play on day one, India were 99 for three after bundling out England for just 112 runs in their first innings. All thanks to spin duo of Axar Patel and Ravi Ashwin, who shared nine wickets between them, India restricted England to below par score. Axar was the pick of the bowlers as he scalped six wickets. Stay tuned for IND vs ENG live score updates. India vs England Live Streaming Online 3rd Test 2021 Day 2 on Star Sports and Disney+Hotstar: Get Free Live Telecast of IND vs ENG on TV, Online and Listen to Live Radio Commentary.

India then started off positively but by the time play was called off on opening day, the home side were 99 for three with Rohit Sharma and Ajinkya Rahane at the crease. Rohit completed his half-century and is batting on 57 off 82 balls while Rahane faced just three deliveries.

India will be looking to push for a huge lead on day two while the visitors will be eyeing to restrict to India to a minimum possible total. Jack Leach and Jofra Archer were the two wicket-takers for England. India now trail by 13 runs. India vs England Day-Night Test 2021: Twitterati Praise Axar Patel, Rohit Sharma; Troll Ben Stokes With Funny Memes for Claiming Dropped Catch.

Day one certainly belonged to India more so to the spinners. And then Rohit Sharma showed grit and determination to face the pink ball under lights. Though India are in a comfortable position, the hosts would still want to take further control of the proceedings.

(The above story first appeared on Reportr Door on Feb 25, 2021 01:42 PM IST. For more news and updates on politics, world, sports, entertainment and lifestyle, log on to our website reportrdoor.com).