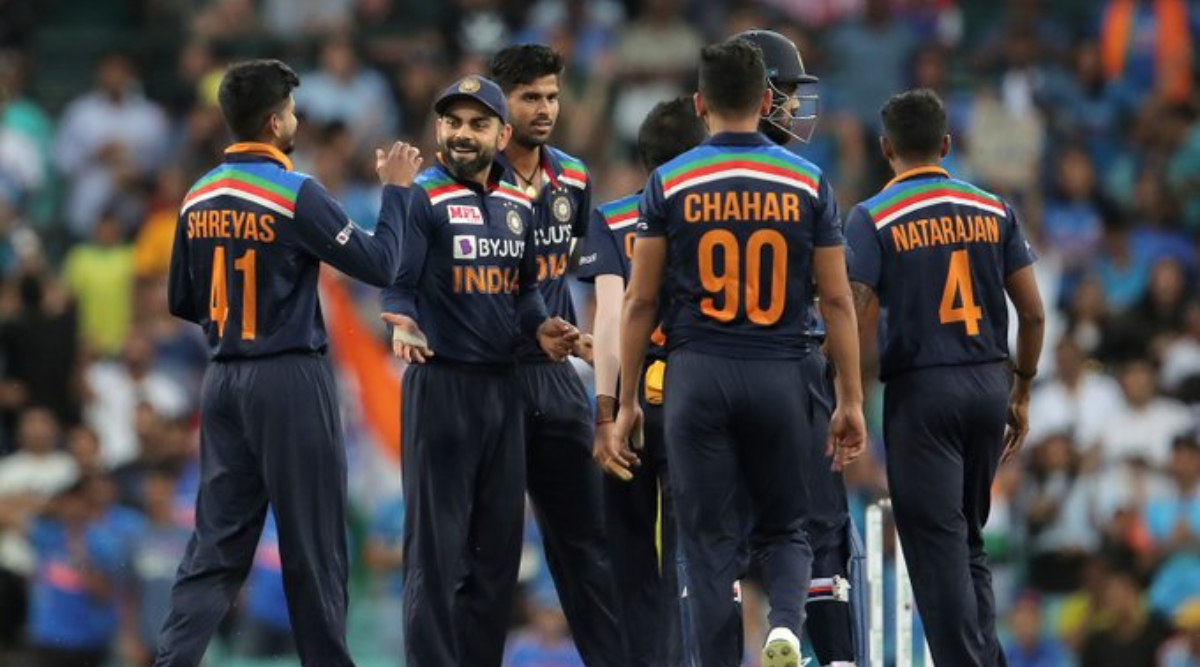 MPL Sports is the official merchandise sponsor of the Indian cricket team and recently on India’s tour of Australia we saw the Virat Kohli and co. don the retro kit which was similar to 1992 World Cup. MPL has signed a three-year deal, which lasts till December 2023 with the Board of Control for Cricket in India (BCCI) to produce the Indian cricket team jersey and training kits. The Indian cricket team is currently locked in the four-match Test series against England home. At the end of the Test series, the two teams will face-off in limited-overs formats. Check Out Indian Cricket Team’s World Cup Kit Over the Years (See Pics).

India and England after the longer format of the game will take on each other in the five-match T20I series and the three-match One-Day International (ODI) series. While we saw team India don the retro kit during the limited-overs leg of Australia tour, it will be interesting to see if the Men in Blue continue to take field in the 1992 World Cup jersey. As of now, there has been no word from MPL on the Indian cricket team jersey for the England series, but chances are we might see a new overall jersey.

Chahal strikes and Smith departs for 46.

(The above story first appeared on Reportr Door on Feb 26, 2021 02:10 PM IST. For more news and updates on politics, world, sports, entertainment and lifestyle, log on to our website reportrdoor.com).