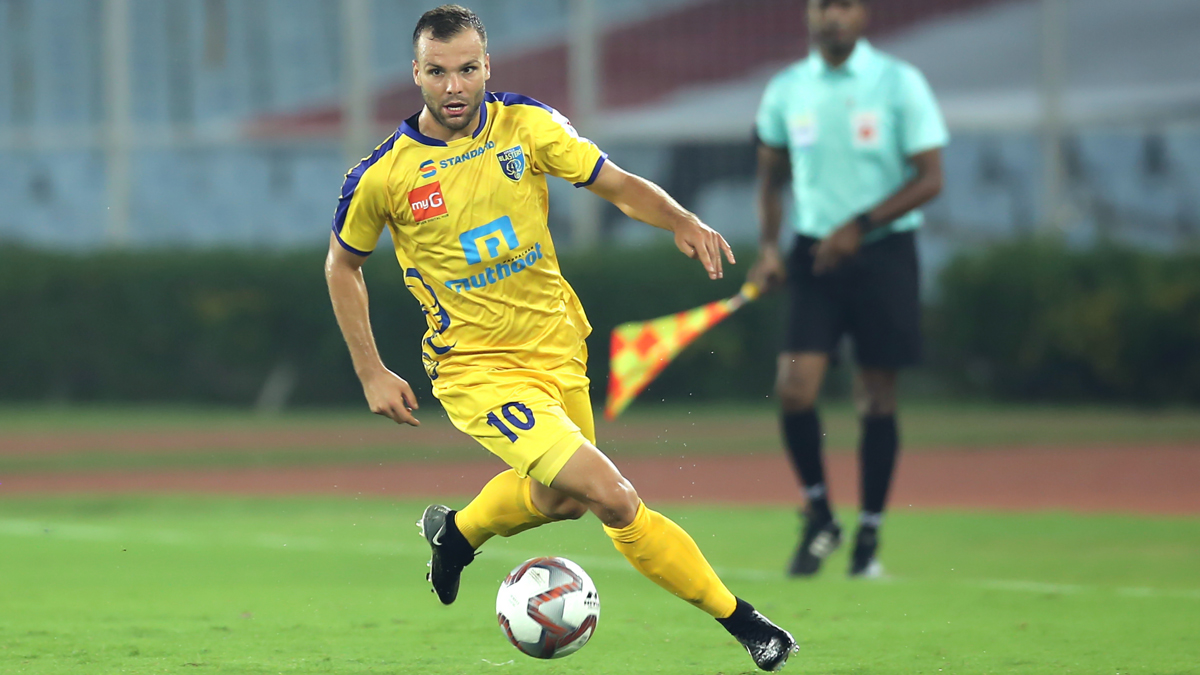 Indian Super League club, Kerala Blasters, have been handed a ban by FIFA for the upcoming transfer window over the unpaid salary of former player Matej Poplatnik. The ISL outfit received a letter from the global football body stating that the club has been banned from signing players during the summer window and the sanction will only be lifted once they settle the issue with the Slovenian footballer. Sunil Chhetri Surpasses Lionel Messi’s Tally To Become 2nd Highest International Goalscorer Among Active Players.

The Kochi-based club were sanctioned by FIFA as they acted upon the complaints of unpaid salary by former player Matej Poplatnik. Footballers can approach FIFA if they don’t receive their wages on time which forces the governing body to intervene and help resolve the issue. The Slovenian star player for Kerala Blasters from 2018 to 2020.

Despite Kerala being handed a transfer ban, FIFA have confirmed that the ISL outfit can get their sanction lifted once they pay the remaining salary of Matej Poplatnik. It is understood that the club has already initiated the steps to resolve the issue and the ban is expected to be lifted once they receive official communication from FIFA after the confirmation of payment remittance.

Matej Poplatnik joined Kerala Blasters from Slovenian club Triglav Kranj in 2018 but wasn’t able to secure himself a starting position spending the 2019-20 season on loan at Hungarian side Kaposvari Rakoczi, where he managed just one start in a total of six appearances. He parted ways with the ISL outfit in 2020, joining Scottish top division club Livingston FC

(The above story first appeared on Reportr Door on Jun 08, 2021 09:16 AM IST. For more news and updates on politics, world, sports, entertainment and lifestyle, log on to our website reportrdoor.com).