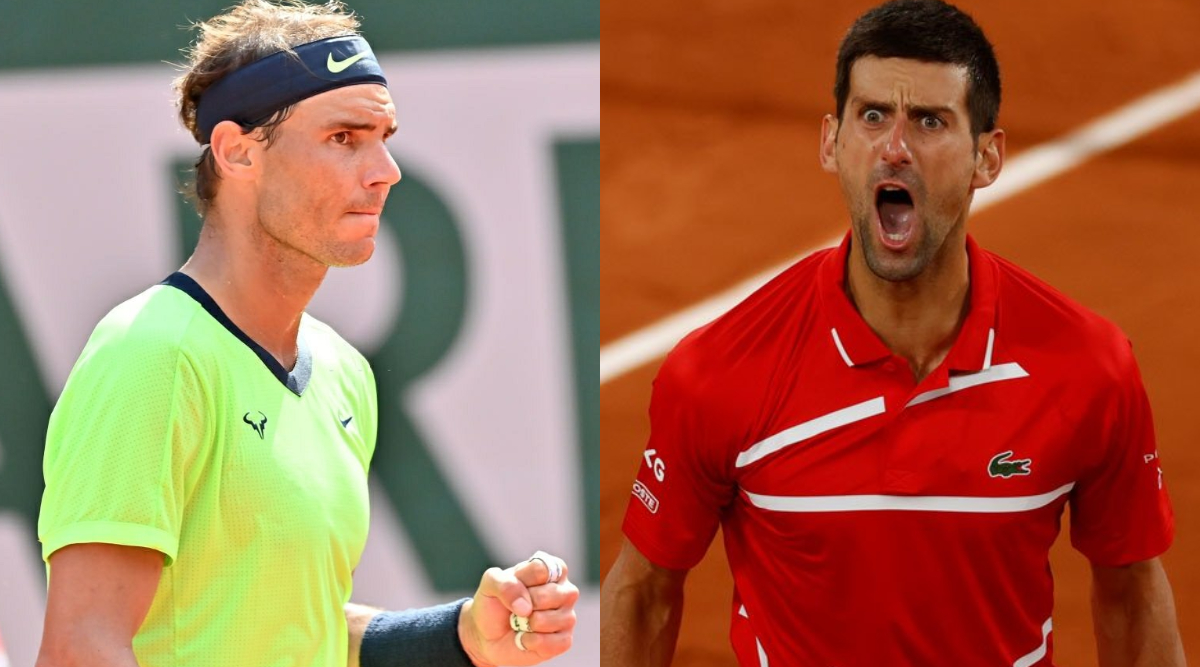 Thirteen-time champions Rafael Nadal would lock horns with Novak Djokovic in the French Open men singles semi-final in what can be dubbed as the biggest clash in this year’s Rolland Garros. The match promises to be nothing short of a blockbuster between these two giants of the game and not just that, but there would be several records that would be on the line when these two take the field against each other on Friday, June 11. If Nadal wins the match, he would go one step closer to a record 21st Grand Slam title, cementing his status as perhaps the greatest in the game. On the other hand, if Djokovic turns out victorious, he would not only clinch his 19th Grand Slam but also become the first man to complete a double career Grand Slam in the Open era. French Open 2021: Novak Djokovic to Face Rafael Nadal in Semi-Finals

Nadal’s dominance on clay is absolutely unmatched but Djokovic had defeated him in the quarter-finals of this very tournament back in 2015. He would look do a repeat of it and on the other hand, Nadal, who has just dropped one set so far, will once again have an opportunity to show why he is called ‘King of clay’.

The French Open 2021 men’s singles semi-final vs Rafael Nadal and Novak Djokovic would be played at the Phillipe-Chatrier court on June 11 at 9:00 PM IST (Indian Standard Time).

Fans in India can watch the Rafael Nadal vs Novak Djokovic Men’s Singles semi-final match live on Star Sports Select. Fans can log on to Hotstar+ Disney and Tennis TV to catch French Open 2021 live streaming online and will have to pay a subscription fee.

(The above story first appeared on Reportr Door on Jun 11, 2021 02:26 PM IST. For more news and updates on politics, world, sports, entertainment and lifestyle, log on to our website reportrdoor.com).