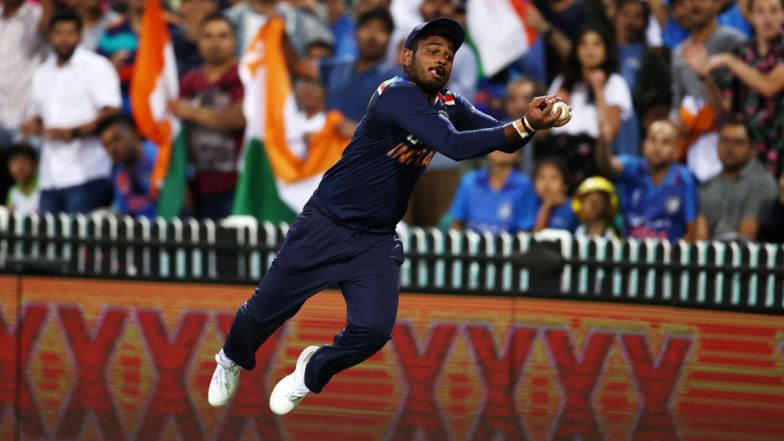 India and Sri Lanka will face each other in the third and final ODI of the three-match series. The clash will be played at the R.Premadasa Cricket Stadium in Colombo on July 23, 2021 (Friday). India have already sealed the series and have a 2-0 lead and will be aiming to clean sweep the hosts, who will be hoping to record a win and end the series on a positive note. So ahead of the game, we take look at India’s likely playing XI vs Sri Lanka in 3rd ODI 2021. India vs Sri Lanka 3rd ODI 2021 Preview: Key Battles, Head to Head and Other Things You Need to Know.

With the series already sealed and both teams on the opposite ends of the performance spectrum, changes are expected in the third and final One-Day International. The sides have taken a very young squad for the tour and could give fringe players an opportunity to prove themselves ahead of the three-match T20I series. Rajasthan Royals Takes a Subtle Jibe At Arjuna Ranatunga After India Wins ODI Series Against Sri Lanka.

Openers: Captain Shikhar Dhawan will retain his place at the top of the order and is likely to be joined by either Prithvi Shaw or Devdutt Padikkal. Shaw played a blistering knock on the first game but could be given a rest in the final match.

Middle-Order: Young Ishan Kishan will retain his position at number three after scoring a half-century on debut. However, with Manish Pandey failing to capitalise on the opportunity given so Suryakumar Yadav could be pushed up the order with Sanju Samson, who is now fully fit, coming into the side.

All-Rounders: The Pandya brother are expected to be India’s all-rounders in the game with Hardik preferred ahead in the batting order.

Bowlers: The returning combination of Yuzvendra Chahal and Kuldeep Yadav had a difficult time in the second game but the duo could be given another chance to get their groove back. Meanwhile, with Bhuvneshwar Kumar and Deepak Chahar playing the first two games, either one of them could be rested with Navdeep Saini could come into the team.

(The above story first appeared on Reportr Door on Jul 22, 2021 05:04 PM IST. For more news and updates on politics, world, sports, entertainment and lifestyle, log on to our website reportrdoor.com).