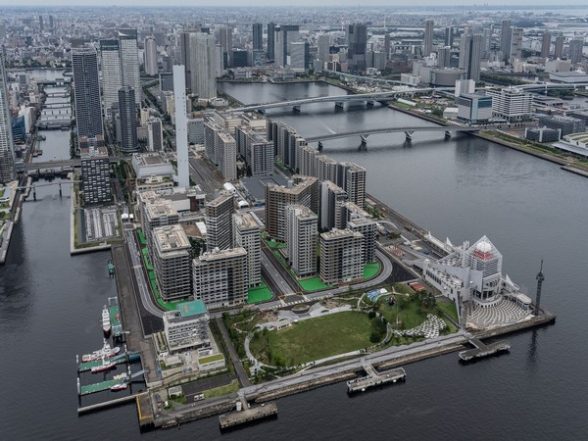 A total of 87 people associated with the Games have so far tested positive for the virus in Tokyo since visitors started arriving for the 2020 Games, as per the Kyodo News. Tokyo 2020: Two Athletes Reportedly Test Positive for COVID-19 in Olympic Village.

Many athletes have started to withdraw from the Games before their departure after testing positive, including world number one skeet shooter Amber Hill who tested positive for COVID-19 in the UK.

Amber, 23, was due to compete in the Women’s Olympic Skeet competition, in which she was a finalist in Rio 2016. No replacement athlete has been selected in Amber’s place, the British Olympic Association confirmed.

A Chilean taekwondo athlete has already withdrawn from the Tokyo Olympics after testing positive for the virus, Chile’s Olympic committee confirmed on Wednesday. This was the first known case of an athlete pulling out of the games after arriving in the Japanese capital.

SL vs IND | The way Suryakumar Yadav batted in 2nd ODI was unbelievable, reckons Kamran Akmal
“I don’t think it will be hard to hit him in the face”
Comment