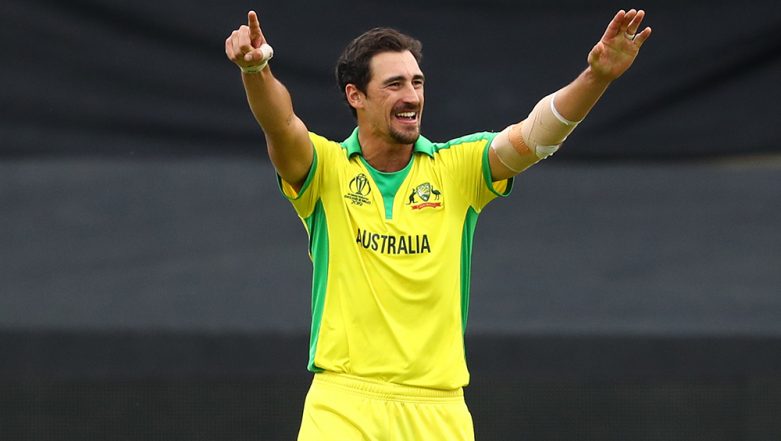 After winning the 1st ODI by a thumping 133 runs in a rain-affected match, Australia would be looking to seal the series with a win at the Kensington in Oval. A win here and the Australian team will walk away with the three-game series. The hosts have already won the three-game T20I series by winning 2-0. In this article, we shall bring to you the live streaming and online telecast details of the match, but before that let’s have a look at how the last match panned out for both teams. Australia Name 18-Man Squad for Limited Over Tours of West Indies and Bangladesh.

Alex Carrey was the one who made the highest score for the team as he scored 67 runs for the side. Aston Turner contributed with 49 runs and it is due to these two the visiting team reached a total of 252 runs. But Mitchell Starc emerged as the hero of the match as he scalped five wickets. The home team was bundled out on the score of 123 runs. Now, let’s have a look at the live streaming details of the game below:

The 2nd ODI of the three-match series between West Indies and Australia will be played at the Kensington Oval in Barbados on July 23, 2021 (Friday). The match has a scheduled start time of 12:00 am IST (Indian Standard Time).

Where To Watch West Indies vs Australia, 2nd ODI 2021 Match on TV

Unfortunately, West Indies vs Australia 2nd ODI match won’t be available on TV as there are no official broadcasters of the series in India. So, fans won’t be able to watch the live telecast.

However, fans can follow West Indies vs Australia, 2nd ODI 2021 live-action on the online platform. FanCode will provide the live streaming of the WI vs AUS 2nd ODI match online but fans need to pay a nominal fee.

(The above story first appeared on Reportr Door on Jul 22, 2021 11:20 PM IST. For more news and updates on politics, world, sports, entertainment and lifestyle, log on to our website reportrdoor.com).