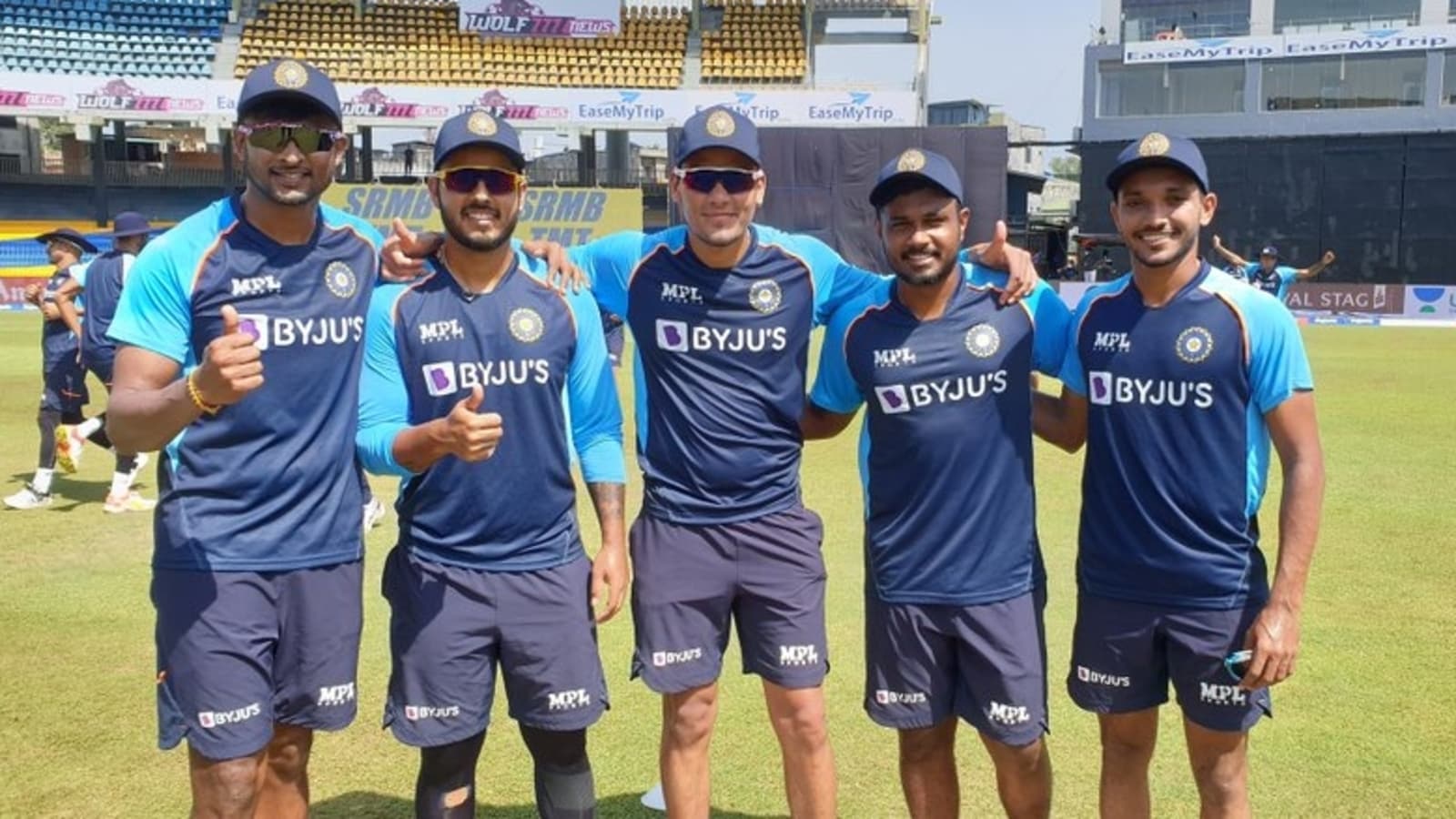 Team India captain Shikhar Dhawan on Friday won the toss and elected to bat first in the third and final ODI against Sri Lanka in Colombo. Having already sealed the series with an unassailable 2-0 lead, the management handed five debuts caps, including Sanju Samson and Rahul Chahar.

The Rahul Dravid-coached team also handed debuts to K Gowtham, Nitish Rana, and Chetan Sakariya. Wicketkeeper-batsman Samson has already played 7 ODIs for the ‘Men in Blue’ and is all set to feature in the 50-over format.

Samson, replacing Ishan Kishan, will keep wickets. And finally, Chahar and Rana have been brought in for the spin duo of Kuldeep Yadav and Yuzvendra Chahal.

With five players making their maiden appearances in the same match, the Indian team have equalled their own record of having most number of debuts in a single ODI.

Dhawan, at the toss said: “We have got six changes and five debutants. Navdeep comes in among the debutants. We are motivated, and we want to finish on a high. With the youngsters coming in, we are really excited and looking forward.”

The third and final encounter is a dead rubber game and a great opportunity for new faces to have their first taste of international cricket without any pressure. India bagged the first game at the same venue by seven wickets before clinching a thrilling second match by three wickets.