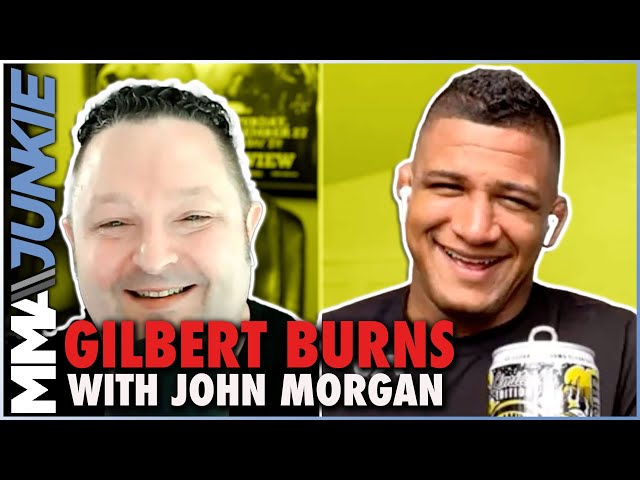 Gilbert Burns has clarified that he has no personal grudge against Nate Diaz. Although the pair of welterweights have traded verbal jabs on Twitter lately, there is seemingly no animosity between the two.

‘Durinho’ recently interacted with MMA Junkie’s John Morgan and was asked about his latest feud with Diaz. Burns said he thinks Diaz is entertaining, but the Stockton native shouldn’t have talked “mad cr*p” about him.

Burns added that he likes the way Diaz carries himself. However, the reason why the Brazilian called him out on Twitter was his assumption that the fan favorite was interested in fighting him.

“He was the one who started talking mad cr*p about me… I was just like ‘maybe that guy wants to fight me’, and I just realized he don’t want to fight me. I like the guy. I don’t think he’s ever going to fight me to be honest, but I was just having fun yesterday. Nothing against the guy. He’s funny, he’s crazy,” said Gilbert Burns.

After his win against Stephen Thompson at UFC 264, Burns claimed that fellow 170-pound contender Leon Edwards wasn’t “hungry” in his five-round fight with Diaz.

Burns’ statement clearly irked Diaz as he responded to the Brazilian by calling him an “amateur.” Since then, both men have consistently gone back-and-forth on Twitter.

Now that Gilbert Burns has bounced back successfully from his loss to Kamaru Usman, the 35-year-old wants to earn his second crack at the UFC welterweight title.

Burns believes his next opponent should be Leon Edwards, who is ranked third in the welterweight divisional rankings. He also named two more fighters on his radar: Jorge Masvidal and Nate Diaz.

When asked about a possible timeline for his next fight, Burns said he is eyeing a return in October or November.

Gilbert Burns is currently 13-4 in the UFC. His win over ‘Wonderboy’ at UFC 264 was good enough to maintain his No. 2 rank and kept him in the division’s title picture.