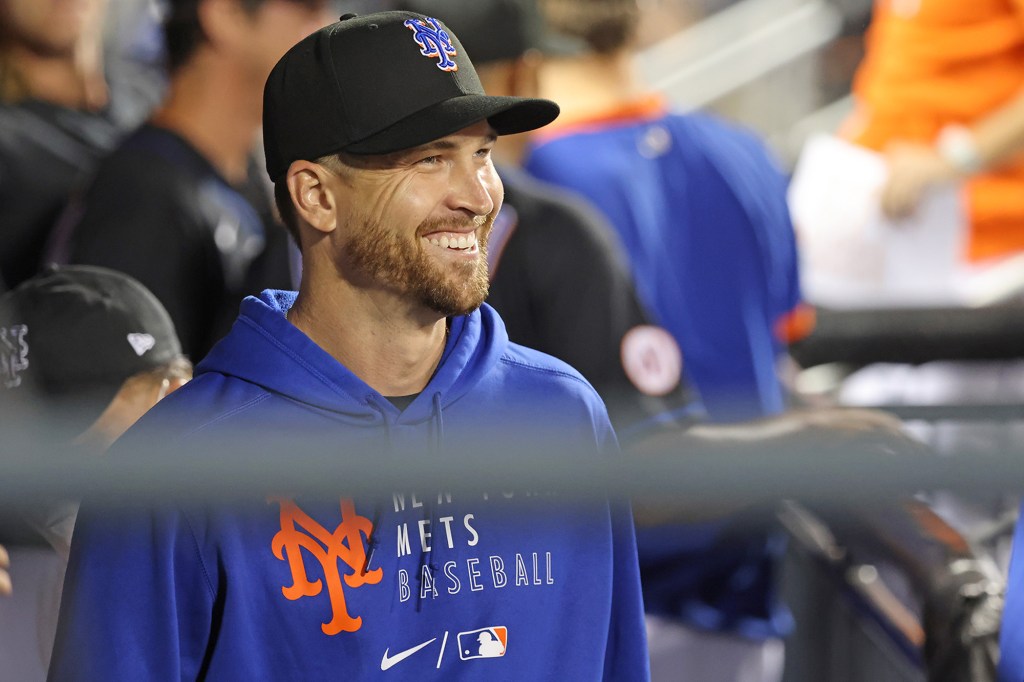 Jacob deGrom took another small step toward potentially pitching again this year as the clock ticks down on the Mets’ season.

The ace threw a 10-pitch bullpen session Tuesday, according to MLB.com. It marked his first time throwing off a mound since he was shut down with elbow inflammation in late July.

After being shut down for four weeks, deGrom began a throwing program on Aug. 25.

He still has more hurdles to clear before he can pitch in a game for the first time since July 7, and he is up against the calendar with the Mets having 16 games left after Tuesday’s showdown with the Cardinals.

Javier Baez has been one of the Mets’ hottest bats of late, hitting .442 with four doubles, four home runs and three walks in his last 11 starts. He still had 11 strikeouts during that stretch but manager Luis Rojas pointed to better plate discipline as a reason for his hot stretch.

“As aggressive as he is, as much as he expands out of the zone, the pitch selection has been better,” Rojas said. “He has been laying off pitches that he wasn’t laying off when he got to us. I think he’s getting ready a little earlier so he’s seeing the ball earlier and that’s why he’s laying off. He’s getting more pitches in the zone.”

Right-hander Noah Syndergaard is expected to throw live batting practice on Wednesday — his first time facing hitters since he tested positive for COVID-19, shortly after beginning another rehab assignment on his way back from Tommy John surgery.

Brandon Nimmo (hamstring strain) continued to progress in his rehab and “there’s a chance” he could be activated off the IL this weekend against the Phillies, according to Rojas.

Pete Alonso was named the Mets’ nominee for the Roberto Clemente Award, which honors players for their “extraordinary character, community involvement, philanthropy and positive contributions, both on and off the field.”

“It’s truly an honor,” said Alonso, who has been active with his Homers for Heroes foundation. “I’m just really thankful for the recognition, but I’m just trying to do good in the community. … I just want to be able to keep continuing to be an ally here in New York and every single borough.”

Before the game, catcher Tomas Nido (left thumb sprain) and reliever Jake Reed (right forearm inflammation) were activated off the injured list. Patrick Mazeika and Yennsy Diaz were optioned to Triple-A Syracuse to make room on the roster.