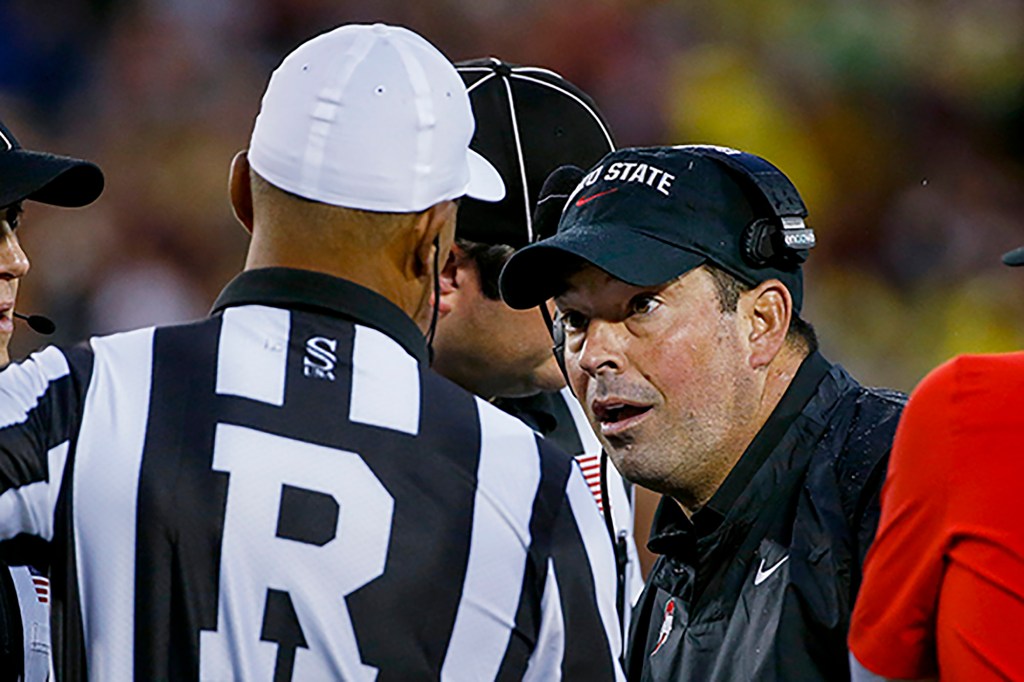 VSiN’s college football analyst offers some tidbits and observations heading into the third full weekend of the season.

Ohio State is a flawed team. That much is clear. The Buckeyes lost outright as a 15-point favorite in Columbus, which is a big deal. What stood out even more during that game, however, is how awful the defense played. It couldn’t set the edge, and Oregon was able to get massive gains with little resistance. The secondary has major holes as well. The offense is talented enough to make up for these deficiencies in most games, but this will be a problem again. And these holes are all on tape now.

Speaking of flawed teams, let’s talk about Texas. I’ve been higher on the Longhorns and Steve Sarkisian than most, although the loss at Arkansas shows just how far away this program is. Texas closed a six-point favorite and lost by, well, a lot. On the other side, much love for Arkansas coach Sam Pittman. His arrival has generated a wealth of enthusiasm in that program, and it shows when they play.

Let me rant about targeting for a minute. The fix is pretty simple — have a Targeting 1 and a Targeting 2. You cannot and should not be ejecting players for questionable hits, and most of the hits being punished now are questionable. Targeting 1 would be a 15-yard penalty and a first down. Targeting 2, the more severe of the two, would be a 15-yard penalty and an ejection. Think about this; we have more nuance in protecting punting than we do with everything else. It needs to be changed.

I don’t know how Iowa’s start will translate over the course of a season, but what a start it is. The Hawkeyes are 2-0, and both wins have come against teams ranked in the AP Top 25 (at the time the game was played). Iowa cruised against Iowa State as a four-point underdog, and it did so once again with the help of turnovers. Through two games, Iowa has forced seven. In that time, Iowa has thrown for less than 250 yards combined. The defense looks great, although will the offense be able to do enough? We’ll see. Great start either way.

One more on Iowa-Iowa State. I bet the Over (46), and I scratched and clawed my way back into the game. Down 10, and with 44 points on the board, Matt Campbell hurried out his kicker as time was winding down in hopes of making it a seven-point game. For a moment, I had hope. However, the play was rushed, and the kicker snapped off well left of the goal posts. I really shouldn’t have won this bet, but I had a chance. Hope can be a dangerous thing.

Florida State. I don’t know what to say. After such a promising Week 1, even in defeat, all the goodwill bottled up against Notre Dame is now gone. The Seminoles lost on a last-second, 59-yard touchdown pass to Jacksonville State. Terrible defense. Terrible strategy. Just, well, terrible. FSU lost outright as a four-touchdown favorite, and that about says it all. Well, no. One more thing. Florida State is now a six-point underdog at Wake Forest this week. Yikes.