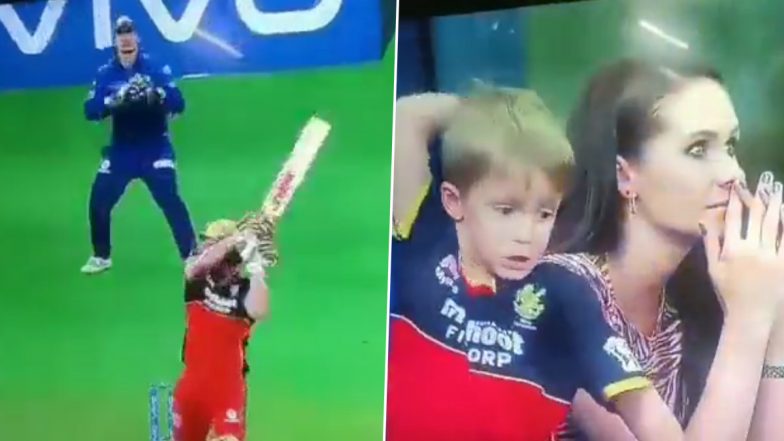 AB de Villiers’ son was expectedly disappointed after his father was dismissed cheaply by Jasprit Bumrah for just 11 runs during Royal Challengers Bangalore’s 54-run win over Mumbai Indians on Sunday. Reacting to the dismissal, he is seen punching the chair in anger and ended up hurting himself.