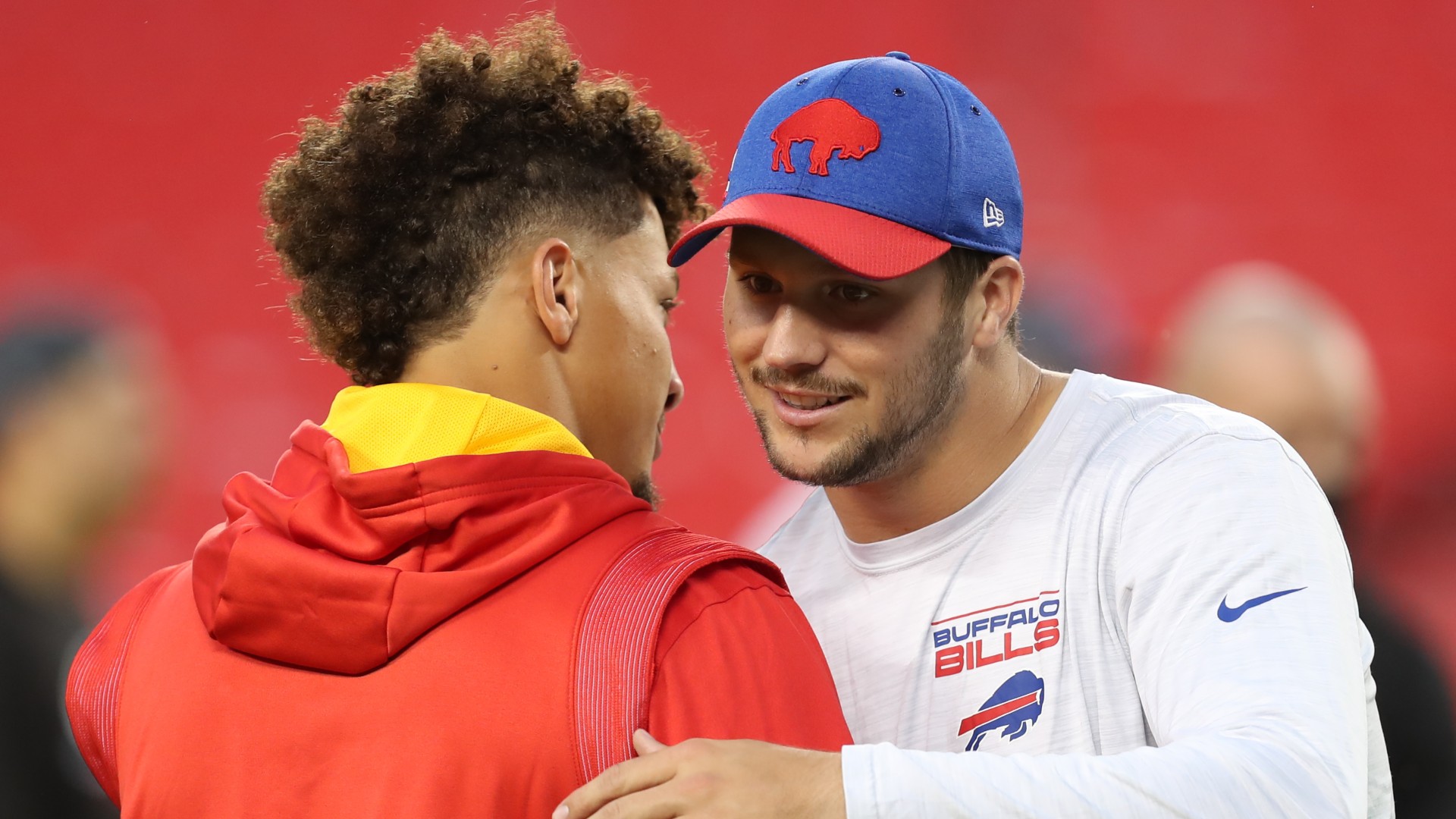 Instead of celebrating his game-winning touchdown pass with the Chiefs after their 42-36 overtime victory over the Bills on Sunday night, Patrick Mahomes headed straight to Josh Allen and gave him a hug.

The moment was caught on video, and the Bills quarterback also discussed Mahomes’ gesture during his postgame press conference.

“To be in that moment, I have a lot of respect for Pat. He throws a touchdown and he comes straight over and finds me,” Allen said. “To be in that situation and to do that, that was pretty cool of him to do that.”

Mahomes joined the celebration with his team following his moment with Allen. He will be playing in his fourth consecutive AFC Championship Game on Sunday to try to send the Chiefs to their third consecutive Super Bowl.

MORE:  Bills vs. Chiefs by the numbers

The hug can definitely be seen as a “game recognizes game” moment after a remarkable quarterback duel that was evident in their stat lines.

This is the second year in a row that Allen and the Bills have lost to the Chiefs and Mahomes in the playoffs. Last year, Kansas City won 38-24 in the AFC Championship.

MORE:  How Patrick Mahomes, Travis Kelce executed the perfect audible to save the Chiefs’ season

After the Bills’ loss at Arrowhead Stadium last year, wide receiver Stefon Diggs stayed on the field to watch the Chiefs celebrate in order to motivate him for this season. Allen decided to stay on the field for a bit Sunday and watch the celebrations for the same reason.

“I was taking it all in and holding onto that feeling, making sure we don’t feel like this again,” Allen said. “Back-to-back years in the same spot, it’s tough to take in but it’s part of the game, part of the learning process.”