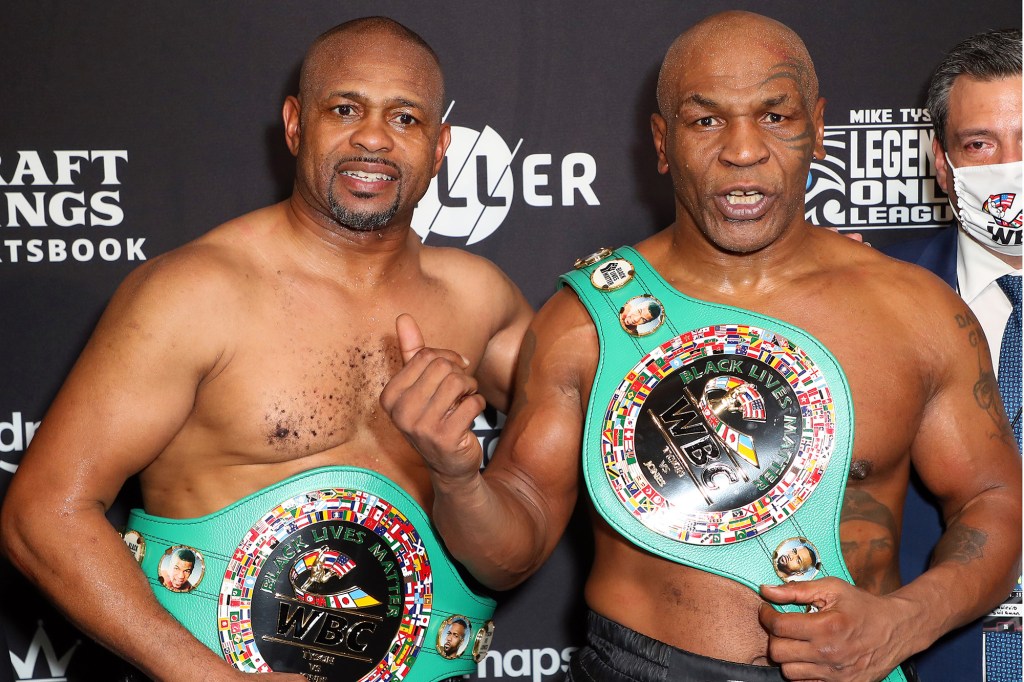 Mike Tyson does not sound able or willing to fight Jake Paul.

There had been rumors that the two were nearing a deal for a boxing exhibition match. Tyson, 55, appeared on the “Full Send” podcast — where UFC boss Dana White was also a guest — and explained that his body is not in the best position for it.

“I don’t think I’d ever just do stuff like that anymore. I wanted to do it the first time just for fun, just to have fun. Then some people took it to another level and made it financial and the fun went out of it.”

“I don’t think I will either, but you never know,” Tyson said.

Tyson was asked how far along the talks with Jake Paul got.

“It was all word of mouth and stuff,” he answered.

White, mentioning Tyson’s earlier reference to nine-figure offers, said that if Tyson is getting offered $100 million to fight, it means that he’s the draw.

“I’m not even interested in doing this stuff,” Tyson said. “If it was back when it first started, and we were both on the same card and active, yeah I’d do it. But it just turned bad. It didn’t turn out right.”

Tyson spoke about how he has still not received all his money from Triller from his exhibition fight against Roy Jones Jr. in late 2020. Along with the physical issues he said he is having, this undoubtedly left a sour taste in his mouth.

Tyson did express admiration for Jake and Logan Paul at injecting the entertainment aspect into boxing.

Jake Paul, a YouTube star, is 5-0 as a professional fighter, with two wins over former UFC welterweight champion Tyron Woodley.