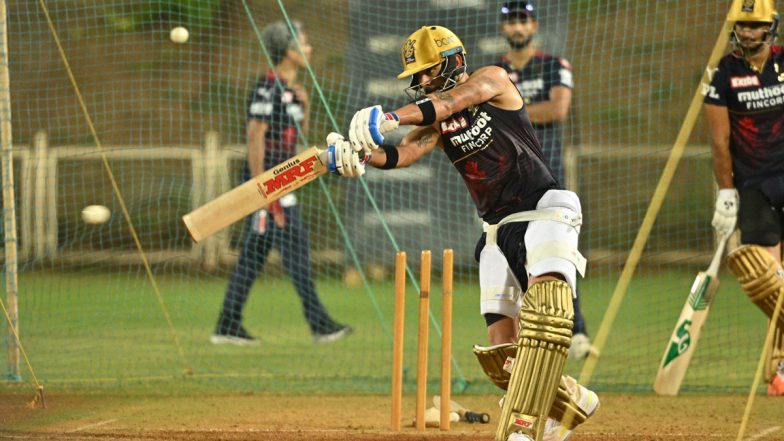 After the defeat, RCB skipper in the post-match presentation said: “It was a good score, obviously Jonny the way he started put our bowlers under really pressure. I thought we pulled it back a bit. 200 was about par on that wicket, was a brilliant wicket. When you’re chasing scores like that, you can’t afford to lose wickets in clusters and unfortunately, that’s what happened to us.”

Out of form Kohli looked in good touch against PBKS but he yet again failed to convert a good start into a big score. Talking about Kohli’s form, Faf said: “He (Kohli) is seeing the lighter side of it, every single way that you can possibly get out, is happening to him. That’s how the game works. All you can do is to keep trying hard, work hard and stay positive. He played some good shots tonight, obviously would want him to carry on. Bad patches happen to all of us, he’s taken it in the right note.” RCB vs PBKS IPL 2022: Jonny Bairstow’s Innings Guided Punjab Kings to a 54-Run Victory Against Royal Challengers Bangalore.

With this loss, RCB are at 14 points in 13 matches. They had only one match left against the top team of the tournament, Gujarat Titans, on May 19. “Not a great outing for us tonight. Will take a day off and then see how we can switch on for a game that’s a must-win one for us. One more net session isn’t going to make you a better player, it’s about making yourselves stronger in the mind. If we play to our potential, we are a very strong side. Unfortunately, we didn’t do that tonight,” the South African added. PBKS currently have 12 points in 12 matches.