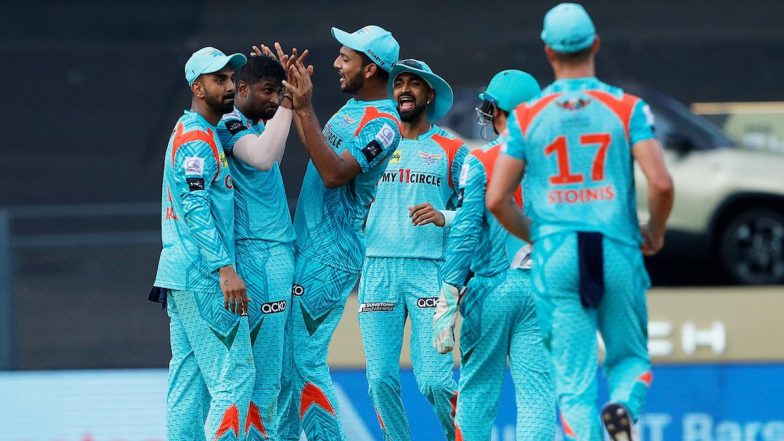 Lucknow Super Giants would face Rajasthan Royals in IPL 2022 on Sunday, May 15. The IPL newcomers have truly been one of the most impressive and consistent sides in the tournament so far. Led by KL Rahul and mentored by the IPL-winning skipper Gautam Gambhir, Lucknow Super Giants have been one of the strongest teams this season and are on the brink of qualification for the playoffs. Their path to the knockouts was handed a blow when they lost to fellow debutants Gujarat Titans in a low-scoring affair. But undoubtedly, they would be back seeking a ‘Q’ beside their name when they take on Rajasthan on Sunday. Ambati Rayudu Deletes Tweet After Announcing IPL 2022 As His ‘Last’ Edition of Playing the Tournament

Sanju Samson’s Rajasthan on the other hand, have done decently this season but have failed to string together some consistently favourable results. They are heading into this clash on the back of a defeat to the Delhi Capitals and a win is what they too would seek to get one foot rooted in the playoffs.

Lucknow Super Giants are favourites to win this match against Rajasthan Royals. According to Bet365, Lucknow have 1.80 odds of winning this clash, as compared to Rajasthan, on whom the odds are 2.00.

(The above story first appeared on Reportr Door on May 14, 2022 05:21 PM IST. For more news and updates on politics, world, sports, entertainment and lifestyle, log on to our website reportrdoor.com).