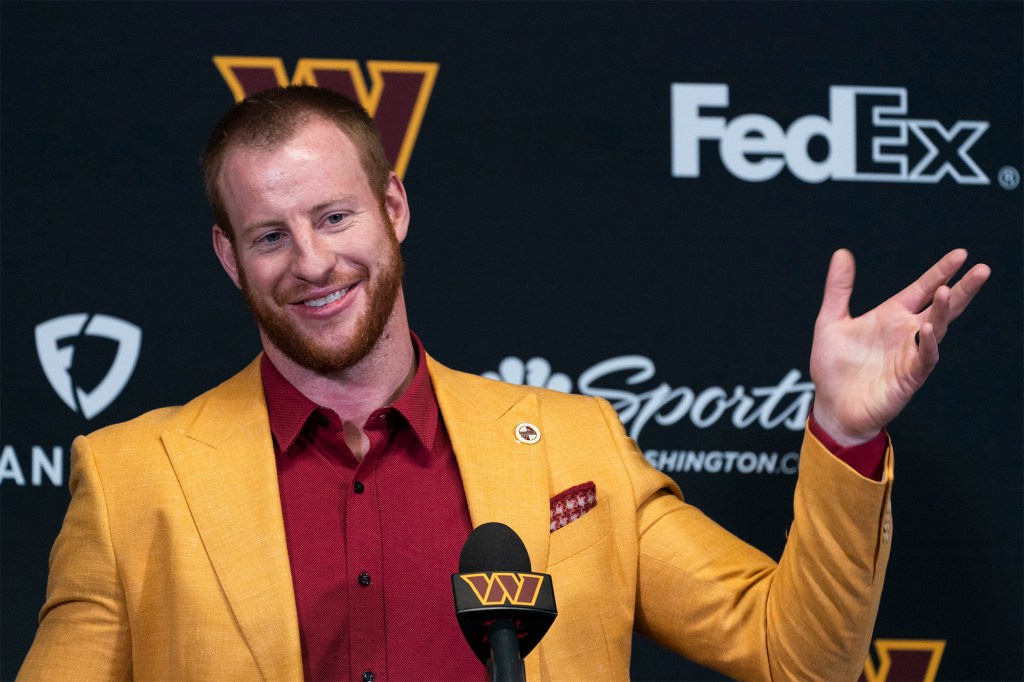 That’s according to Troy Aikman, at least.

“This is probably his last opportunity, just being blunt about it, to prove that he can be a franchise quarterback in the NFL,” Aikman said during a conference call with media on Monday for ESPN, where he’ll join Joe Buck in the booth next season for “Monday Night Football.”

The sharp comments from Aikman certainly carry weight, given the quarterback’s own Hall-of-Fame career. They also pinpoint what has been a precipitous fall for the No. 2 overall pick out of North Dakota State in 2016, who, only five years ago, was putting together an MVP-caliber season with nearly 3,300 yards, 33 touchdowns, and seven interceptions through 13 games before his season was cut short by a torn ACL.

The Eagles went on to win the Super Bowl that year, led by Nick Foles. Wentz, meanwhile, has mostly been in a steady decline since, plagued by injury and poor play.

In 2020, Wentz threw 16 touchdowns (and ran for five more), but also led the league in interceptions with 15, despite playing in just 12 games before being benched. Philadelphia had seen enough and sent Wentz to Indianapolis after the season. The Colts traded a third-round pick in 2021 and a first-round pick this year for the much-maligned and oft-injured quarterback whose list of maladies have come to include ones to his back, foot, ankle and head (concussion).

Yet the trade to Indianapolis saw Wentz reunite with Frank Reich, who, before becoming head coach of the Colts, was the offensive coordinator in Philadelphia. In something of a bounce-back year, Wentz threw for 3,563 yards and 27 touchdowns with just seven interceptions.

The Colts, however, were stunned in Jacksonville by a two-win Jaguars team in Week 18 and missed the playoffs as a result. Wentz completed just 58.6 percent of his passes in the game, threw one touchdown, was picked off once, and took six sacks.

“I think that right now, Carson had an opportunity; it didn’t end well in Philadelphia, of course,” Aikman said. “He then got traded to Indianapolis. Didn’t go great for him there. They decided to make another change at that position, and now he’s landed in Washington.”

In doing so, the competition around Wentz for the starting job is basically non-existent, with Taylor Heinicke and Sam Howell, who the Commanders drafted out of North Carolina in the fifth round, behind him on the depth chart. But it might also be the 29-year-old’s final chance to lead a team.

It should help that the Commanders have the NFL’s easiest schedule based on their opponents’ winning percentage, though there is one game in particular that stands out: in Philadelphia on Monday night in Week 10.

“I’m hopeful that he’s able to take advantage of that,” Aikman, who will be on the call for the contest, said of Wentz’s opportunity as the starting quarterback for the Commanders. “Looking forward to that match-up between those two teams. But this is kind of a defining season, I think, for Carson Wentz and what his future is going to look like.”