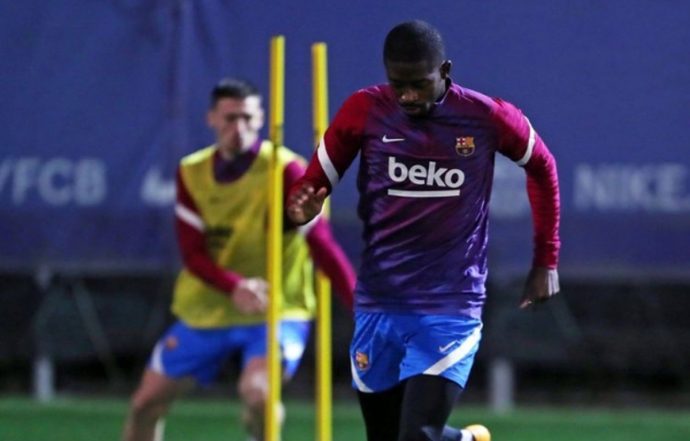 Ousmane Dembele’s future seems to be away from Barcelona as the wonder is yet to renew his contract with the Catalan giants. The Frenchman has been linked with a number of clubs but Chelsea could get the superstar as Thomas Tuchel wants the forward. The 25-year-old previously played under the German manager at Borussia Dortmund. Robert Lewandowski Transfer News: Chelsea Look To Rival Barcelona in Signing Bayern Munich Star.

According to the Sun, Ousmane Dembele is ready to join Chelsea as the club considers the winger to be a replacement for Romelu Lukaku, who is set to secure a loan move to Inter Milan in the summer. Romelu Lukaku Transfer News: Inter Milan Keen To Re-Sign Striker From Chelsea.

The French winger will become a free agent when his contract with Barcelona expires on June 30 and then will join Chelsea. Thomas Tuchel knows the winger well from their time together in Germany and thinks that he will fit right into his plans for the next season.

However, the 25-year-old has certain conditions before penning a deal with the Blues. Ousmane Dembele wants to win the Premier League and Champions League title with Chelsea and wants to do it with regular game time and wants assurance from the manager about the same.

The Frenchman joined Barcelona in 2017 but his time has been marred with injuries which has not allowed him to make the desired impact. However, the winger started to find his feet last season as despite playing 90 minutes on only nine occasions, he finished the La Liga season with 13 assists.

Chelsea are looking to bolster their attack after Romelu Lukaku is close to joining Inter Milan, who have offered an £8m loan fee for the Belgium striker. Though Ousmane Dembele is not a like-for-like replacement, he can fit into Thomas Tuchel’s versatile approach for his frontline.

(The above story first appeared on Reportr Door on Jun 19, 2022 04:59 PM IST. For more news and updates on politics, world, sports, entertainment and lifestyle, log on to our website reportrdoor.com).