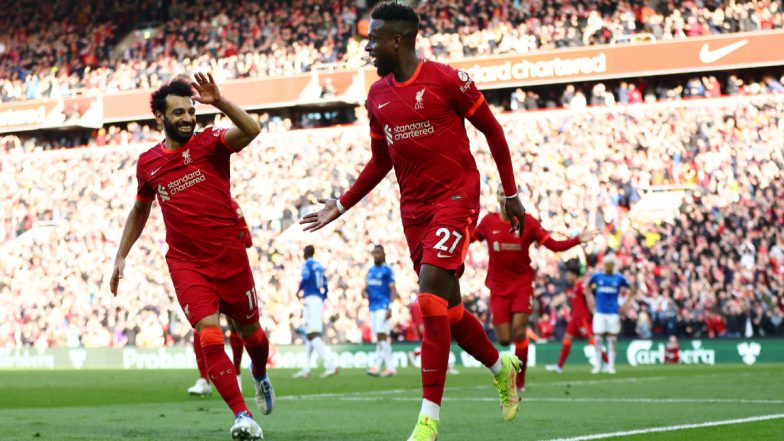 Former Liverpool forward Divock Origi is reportedly close to joining Italian champions AC Milan. The Belgian striker, despite having limited opportunities, have had considerable success at Liverpool and it was been widely speculated that would be joining the Italian giants after leaving Liverpool as a free agent. It was reported last month that he has agreed personal terms with AC Milan and a move to the club is impending for him. Robert Lewandowski Transfer News: Barcelona Close In On Polish Striker As Bayern Munich Name Asking Price

Despite having limited game time with Liverpool having a star-studded attack, Origi has proven to be an absolute fan favourite at the club. However, his move to AC Milan would be an opportunity for him to feature regularly. According to notable Italian journalist Fabrizio Romano, Origi is set to have his medical at AC Milan this week and he would join the club as a free agent, with Liverpool already having confirmed his exit from Anfield.

The Reds have added a highly-rated striker in Darwin Nunez to their line-up this season, with the aim to replace an outgoing Sadio Mane, who is set for a move to Bayern Munich. It would be interesting to see who they sign next.

(The above story first appeared on Reportr Door on Jun 20, 2022 06:29 PM IST. For more news and updates on politics, world, sports, entertainment and lifestyle, log on to our website reportrdoor.com).