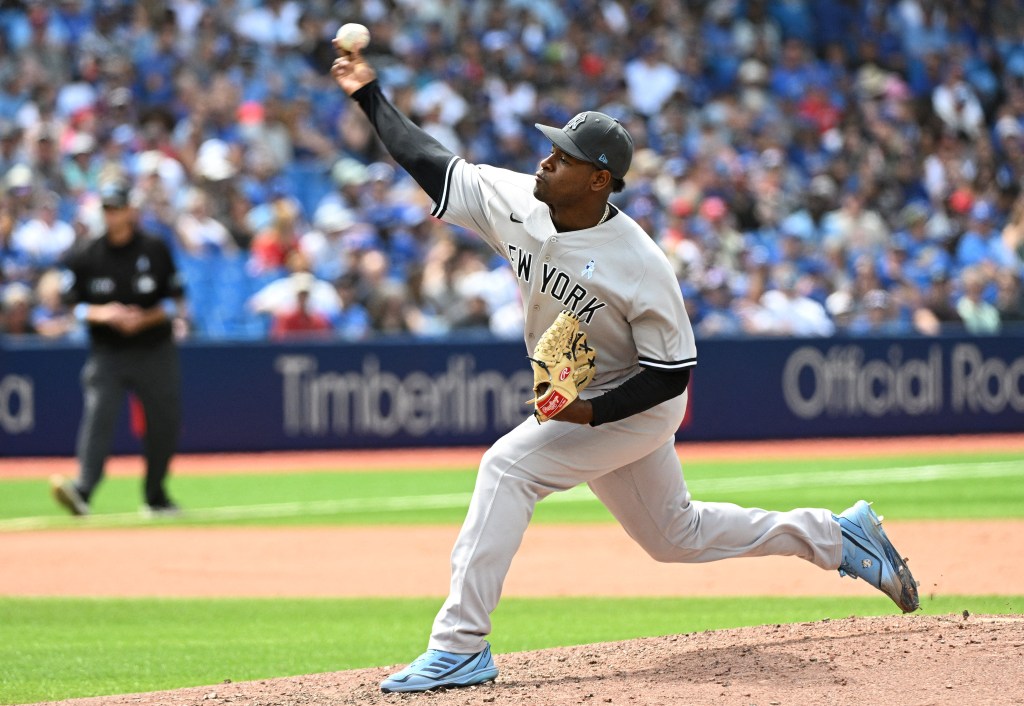 TORONTO — Luis Severino made a quick return to the mound from the COVID-19 injured list, but his sharpness didn’t come with him.

Three days after getting scratched from his start with COVID symptoms (though he never tested positive), Severino found a groove in the middle innings but still gave up a season-high five runs in the Yankees’ 10-9 loss to the Blue Jays on Sunday afternoon at Rogers Centre.

The right-hander gave up home runs to Vladimir Guerrero Jr. and George Springer and also walked a season-high four over five-plus innings. He started the sixth inning but allowed a single to Guerrero and walked Alejandro Kirk before giving way to Miguel Castro, who soon gave up a grand slam that cut the Yankees’ lead to 8-7 and put a blemish on Severino’s final line.

“I felt pretty good,” Severino said. “I tried to make good pitches. Vladdy was tough today. He had pretty good at-bats. After that walk, I was done. They have a real good team, a team that can hit homers and get on base. Every time we play those guys, we have to be at our best.”

Severino has put together a strong bounce-back season, but Sunday was not his best as his ERA rose from 2.80 to 3.27. He allowed just three hits and struck out eight — the fourth straight outing in which he has punched out at least eight — but the walks came back to hurt him with two of the four turning into runs.

In the first inning, Severino walked Bo Bichette on four pitches before Guerrero sent his next pitch over the left-field wall. Severino said he was trying to go down and away but missed in with a 95 mph fastball that Guerrero pounced on.

After walking the next batter, Severino settled into a groove and retired 13 of 14 Blue Jays before Springer turned on a first-pitch fastball for a homer that cut the Yankees’ lead to 6-3 in the fifth inning.

“I thought Sevy was good,” manager Aaron Boone said. “It took him an inning or two to get settled in there but he got into a nice rhythm and got rolling in the middle innings. Started pounding the strike zone a lot more. I think probably ran out of gas a little bit.”

Boone debated sending Severino back out for the sixth inning but gave him a shot.

Severino said he was not feeling any effects of the illness he experienced Wednesday and Thursday, but was not satisfied with his outing.

“For me, [the loss] is definitely tough,” he said. “I feel like I could have done more for this team. I could have gone six or seven. Four walks, I need to be better.”