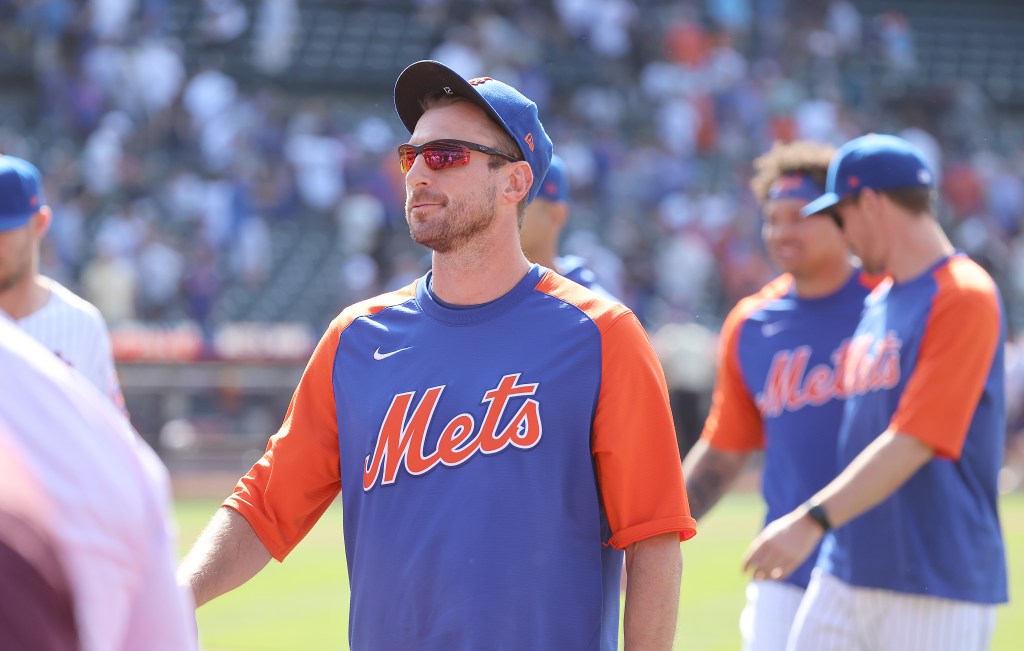 Max Scherzer’s first and possibly only stop on his rehab tour is scheduled for Tuesday in Binghamton.

It’s expected the right-hander will pitch three or four innings for the Mets’ Double-A affiliate, against Reading, and be evaluated for a possible return to the major league rotation as soon as Sunday in Miami.

As a bonus, the plan calls for rehabbing James McCann to catch Scherzer in Binghamton.

Scherzer will be pitching in his first game since leaving his May 18 start against the Cardinals with a strained left oblique. The Mets set the recovery time at four to six weeks, placing Scherzer slightly ahead of schedule if he returns after this rehab outing, as the pitcher has indicated he hopes.

“We trust him, but there’s also some things we’ll need to see,” Buck Showalter said before the Mets beat the Marlins 6-0 on Monday. “But you know Max, he will be competitive. We had the [Class-A] Brooklyn hitters here the other day and he was trying to punch them out. It’s not like one of those things where he was just going through the motions.”

Scherzer, who arrived last offseason on a three-year contract worth $130 million, is 5-1 with a 2.54 ERA in eight starts for the Mets.

Jeff McNeil was expected to receive an MRI exam after departing with right hamstring tightness. McNeil was replaced on defense by Luis Guillorme after racing home from third base on a wild pitch in the fourth inning.

“He thinks at this point it will be a day-to-day thing, but we’ll see how he feels [Tuesday],” Showalter said.

Initial X-rays were negative on J.D. Davis’ left pinkie after he was drilled by a pitch in the eighth inning. Davis will be evaluated Tuesday.

Seth Lugo was placed on the paternity list, removing a pitcher from the roster. Teams had until noon to set their rosters at 13 pitchers or fewer, as required by MLB.

The Mets’ need for relievers will decrease as established starters (such as Scherzer) begin returning from the IL.

“A lot of teams have been working with 13, we have at times and I am hoping getting less pitchers in your bullpen is an advantage for us as we go forward, I hope,” Showalter said.

The Mets agreed to a minor league contract with veteran outfielder Ender Inciarte, who was recently released by the Yankees.