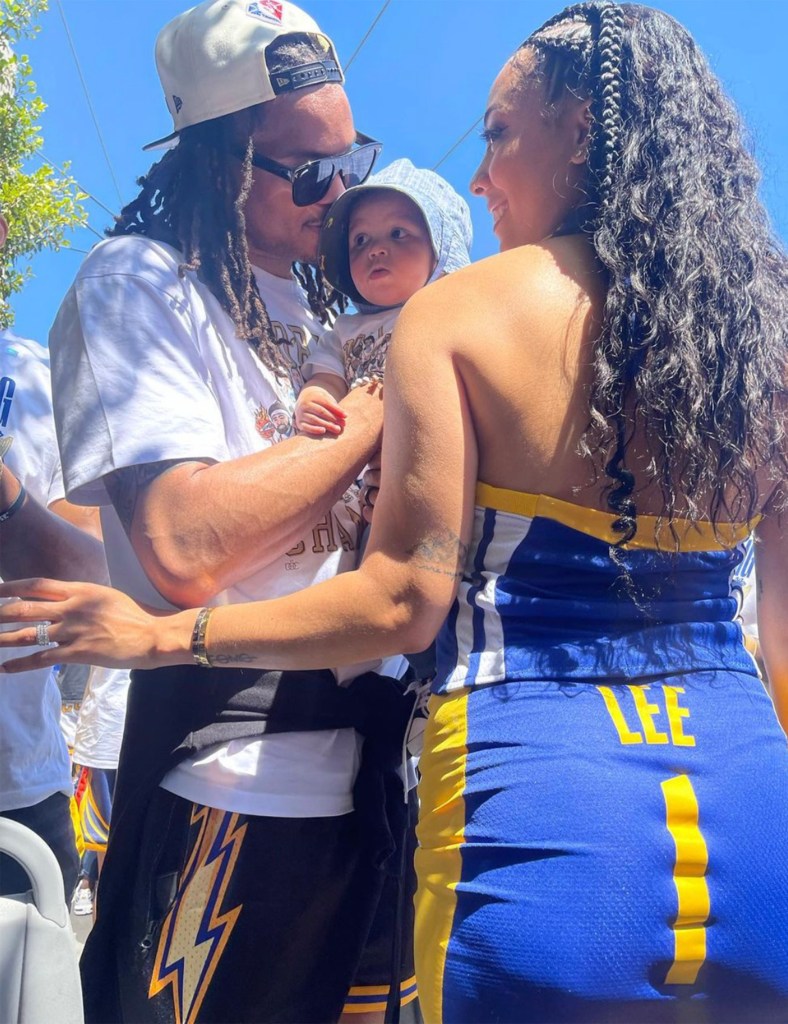 Life is “good” for Sydel Curry and her husband, Warriors guard and NBA champion Damion Lee.

Taking to Instagram on Monday, the younger sister of Warriors superstar Steph Curry posted a collection of photos from Golden State’s championship parade in San Francisco, where they celebrated the team’s fourth NBA title in eight seasons.

“The good life,” Sydel, 27, captioned one post that featured her wearing a jersey-inspired dress beside Lee, 29, and their infant son, Daxon Wardell-Xavier Lee, whom the couple welcomed last fall.

In another video, Sydel captured older brother Steph, 34, holding a collection of trophies on a parade float while smoking a cigar beside his wife, Ayesha.

Sydel has been celebrating the Warriors’ championship win since last week, when Golden State topped the Boston Celtics in Game 6, 103-90. Sydel and Lee, who have been married since 2018, joined Steph and Ayesha, 33, at the team’s victory party, where they posed for photos with the Larry O’Brien Championship Trophy.

“The end!” Sydel exclaimed in one celebratory photo that also featured her older brother and Nets point guard, Seth, 31, and his wife, Callie.

In a separate video from last Friday, Sydel proudly proclaimed that Lee “is a CHAMPION!!!!!!!”

Lee, who went undrafted in 2016, has been part of the Warriors’ organization since 2018. Through 63 games this season, Lee averaged 7.4 points and 19.9 minutes of playing time.