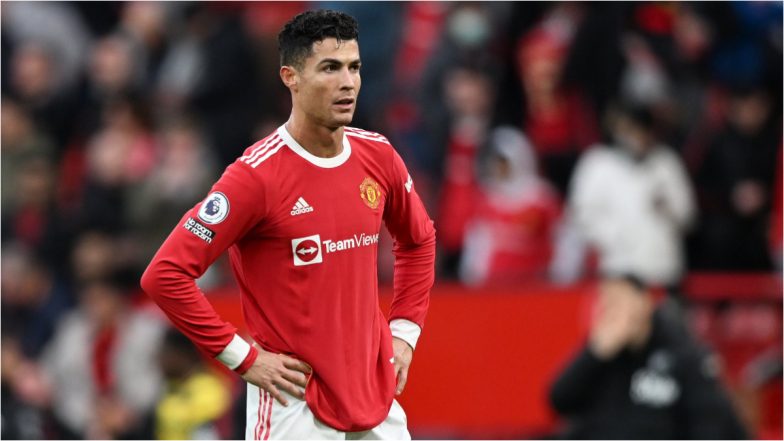 Cristiano Ronaldo has reservations about continuing at Manchester United, especially after the club’s lack of transfer activity this summer. The 37-year-old returned to Old Trafford last summer with hopes of winning titles, but after a trophy-less season, and with the Red Devils yet to sign any major star, the Portuguese is having doubts about his future. Frenkie de Jong Transfer News: Manchester United To Submit Improved Offer For Barcelona Star.

According to a report from AS, Cristiano Ronaldo is worried about Manchester United’s current approach in the transfer market. The 37-year-old is in the twilight years of his career and wants to add trophies to his resume, which is looking increasingly difficult at the Premier League clubs at the moment. Clubs From Italy, Portugal Target Cristiano Ronaldo.

The Portuguese skipper was determined to see out his contract at Manchester United but is beginning to have doubts after the club’s rivals have added superstar reinforcements to their squad. The six-time Ballon d’Or winner wants the Red Devils to take a similar approach.

Manchester United have appointed Erik ten Hag as their new manager but are yet to make any signings this summer. They are tipped to land Frenkie de Jong but are yet to reach an agreement with Barcelona over the transfer fee. Meanwhile, another target, Ajax defender Jurrien Timber doesn’t appear keen on the move.

While the Red Devils have struggled to make any marquee signings, their rivals have gotten even stronger. Manchester City have signed Erling Haaland while Liverpool have landed Darwin Nunez. Tottenham Hotspur have also strengthened their squad with a number of transfers.

Manchester United chiefs have assured of backing Erik ten Hag in the transfer market and Cristiano Ronaldo’s future will largely depend on that. Meanwhile, Paul Pogba, Juan Mata and Edinson Cavani have left the club.

(The above story first appeared on Reportr Door on Jun 22, 2022 04:41 PM IST. For more news and updates on politics, world, sports, entertainment and lifestyle, log on to our website reportrdoor.com).