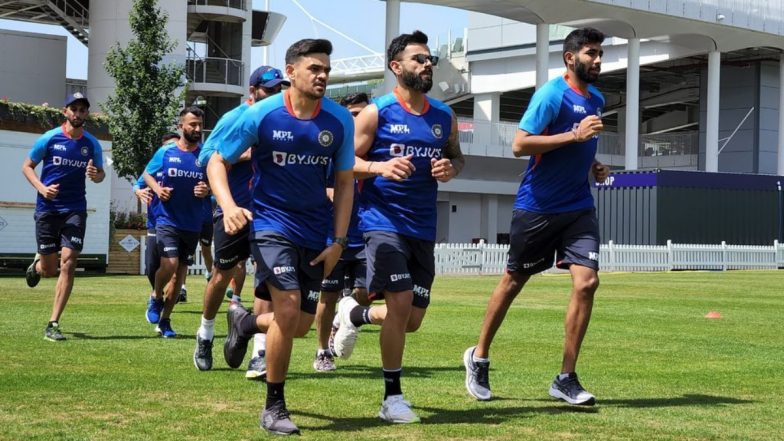 Leicester [UK], June 22 : There is no health advisory in place for Indian players currently in England for the fifth and final Test of the series which advises them to practice with low intensity due to fears of COVID-19. This comes amid media reports that there was a health advisory in place in England for Indian players in which due to COVID-19, the medical team had advised the players to not practice too hard and play with low intensity in the practice sessions so as to prevent the body from getting too tired. ANI got information from England that, “There is nothing like that. All is well in the team. None of such advisory has been issued to players. Players practiced hard in the nets for approximately five hours yesterday.” India vs England Rescheduled Test: Rahul Dravid Joins Team, Ravi Ashwin Set to Reach Soon.

The rescheduled fifth Test is counted as the fifth match of India’s 2021 series in England, which the visitors lead by 2-1. The fifth Test was postponed at the last minute following a COVID-19 outbreak in 2021. On the other side, the Ireland-bound squad under VVS Laxman will leave for Dublin either on June 23 or June 24 as the team members have been given a three-day rest. India is scheduled to play two T20Is against Ireland on June 26 and June 28.