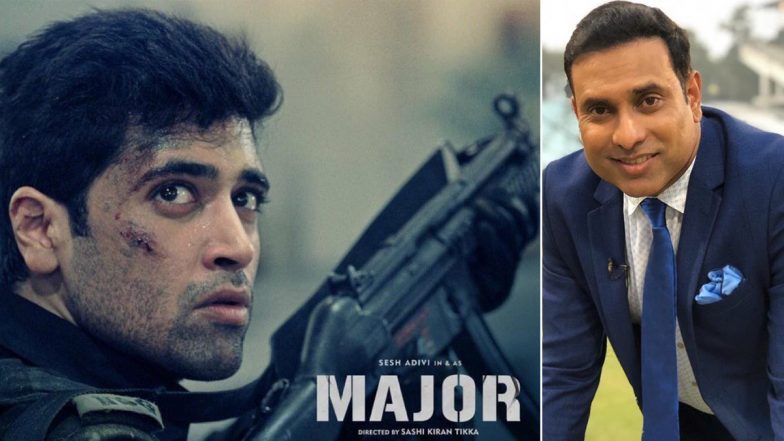 Even a few weeks after its debut, the Adivi Sesh-starrer Major is still doing well in theatres. While popular leaders, politicians, and dignitaries have praised the biographical film, ex-India cricketer VVS Laxman is the most recent celebrity to join the list. Major Movie Review: Adivi Sesh’s Committed Act Leaves a ‘Major’ Impact in This Likeable Biopic.

After watching the Sashi Kiran Tikka’s directorial, the cricketer tweeted about his experience: “Just finished watching Major and I have to say it’s not just a film but an emotion. A really inspiring story of Major Sandeep Unnikrishnan that hits you right in the feels. Great job by Adivi Sesh to take it to another level. A must-watch!” Major Movie Review: Adivi Sesh’s Film Is A Perfect Tribute To Major Sandeep Unnikrishnan, Say Critics.

An extraordinary moment. Thank you Laxman sir. When a National Icon likes your art ❤️ All the blessings of #MajorSandeepUnnikrishnan #MajorTheFilm 🇮🇳#JaiHind https://t.co/Ob9pWdCeWZ

In a flash, Adivi Sesh replied: “An extraordinary moment. Thank you Laxman sir. When a National Icon likes your art. All the blessings of #MajorSandeepUnnikrishnan.” Sobhita Dhulipala, Saiee Manjrekar, Prakash Raj, Revathi, and Murali Sharma are all featured prominently in the blockbuster film.

(The above story first appeared on Reportr Door on Jun 22, 2022 02:36 PM IST. For more news and updates on politics, world, sports, entertainment and lifestyle, log on to our website reportrdoor.com).

Sex Ban for Single Fans At FIFA World Cup 2022 in Qatar, Up To 7 Years in Jail if Caught Having One-Night Stands During the Football Mega Event
Latest ICC Rankings: Shakib al Hasan Moves Closer To Ravindra Jadeja’s No. 1 Spot in Test Rankings for All-Rounders
Comment