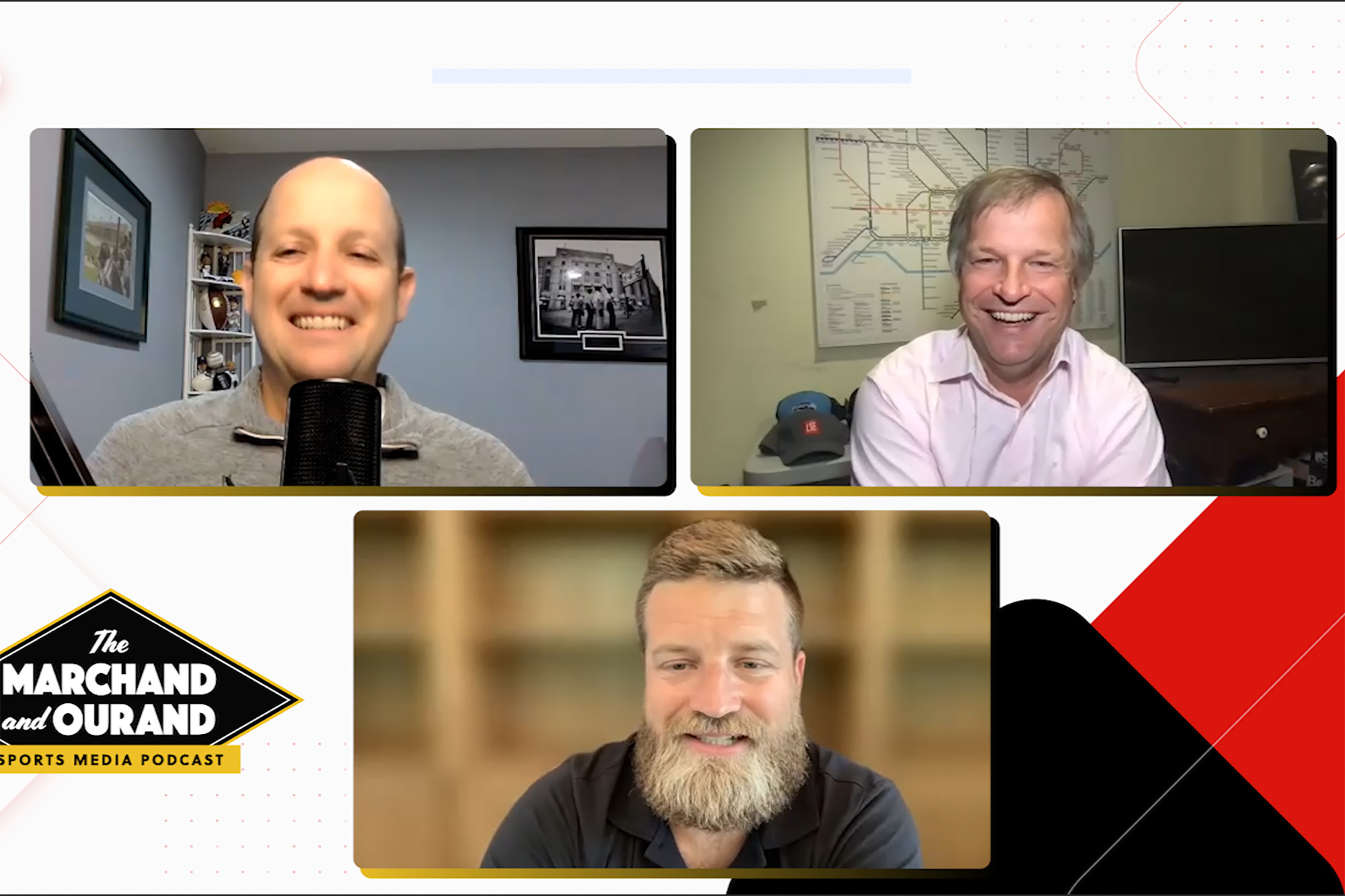 Andrew Marchand and John Ourand go deep about the future of sports media in light of the Apple-MLS deal. Both have extensively researched and reported on the subject. At a minimum, it will have an impact on what happens with the NBA in 2025 and could be a landmark move that one day down the road has serious implications for all the major sports leagues.

Plus, Ryan Fitzpatrick joins the pod fresh off the announcement that he has officially joined Amazon as a studio analyst for “Thursday Night Football” this fall. Fitzpatrick goes in-depth into his career, why Amazon is next and how he and his wife manage their seven children.