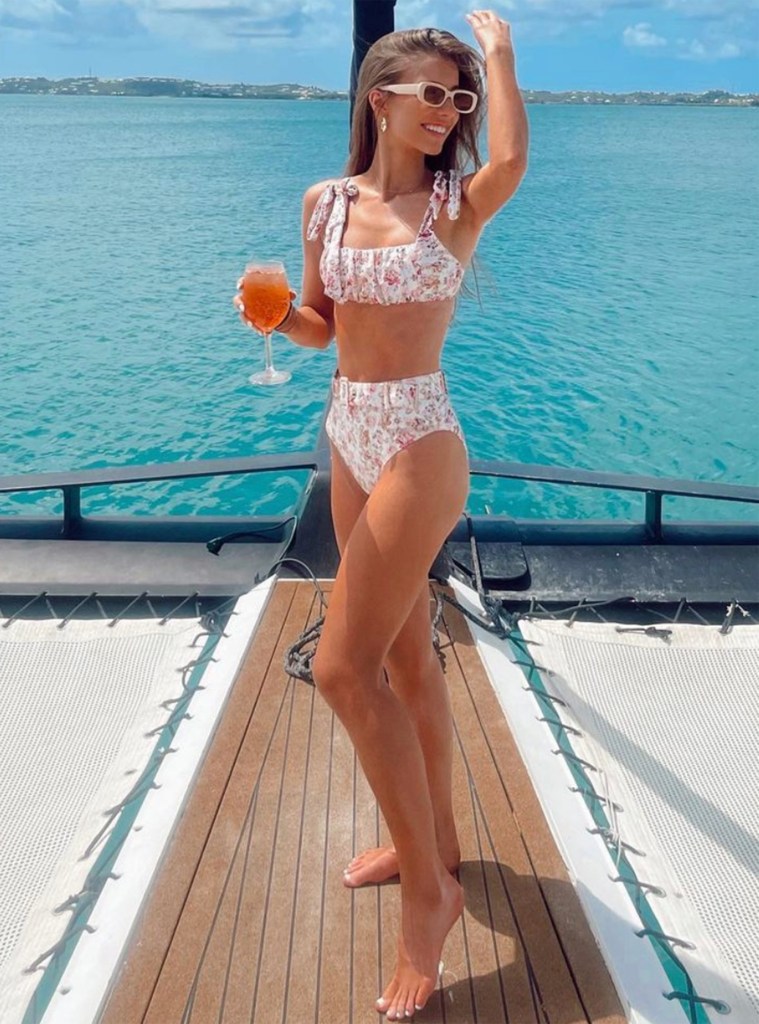 Mac Jones and girlfriend Sophie Scott are feeling the love from Patriots fans this offseason.

On Tuesday, Scott shared a scenic Instagram snap from the pair’s recent trip to Bermuda, which featured the Alabama alumna posing in a MINKPINK bikini aboard a boat. Shortly after Jones, 23, responded to Scott’s post, New England faithful flooded the comments section with messages for their second-year quarterback and his biggest fan.

“@macjones_10 @sophiescott9 the two of you make a gorgeous couple!” one fan commented while another gushed, “Love U Mac.”

Some fans also tagged Jones’ Instagram handle next to goat emojis, in reference to the “greatest of all time.”

This isn’t the first time Patriots fans have shown their support for Jones via Scott’s Instagram page. Back in November, New England supporters called the former first-round pick a “future hall of famer,” as the Patriots went on a six-game winning streak midway through the 2021 season.

Scott, who has been dating Jones since 2019, cheered on the quarterback throughout his rookie season, when he threw for 3,801 yards, 22 touchdowns, and 13 interceptions in 17 games. The former Alabama product also helped clinch a playoff berth for the Patriots, who went on to be eliminated by the Bills in the AFC wild-card round.

Once Jones’ rookie year officially came to an end in January, Scott commemorated his first year in the league with an Instagram tribute.

“Rookie year ✔️ I’m so proud of you!” she gushed at the time.