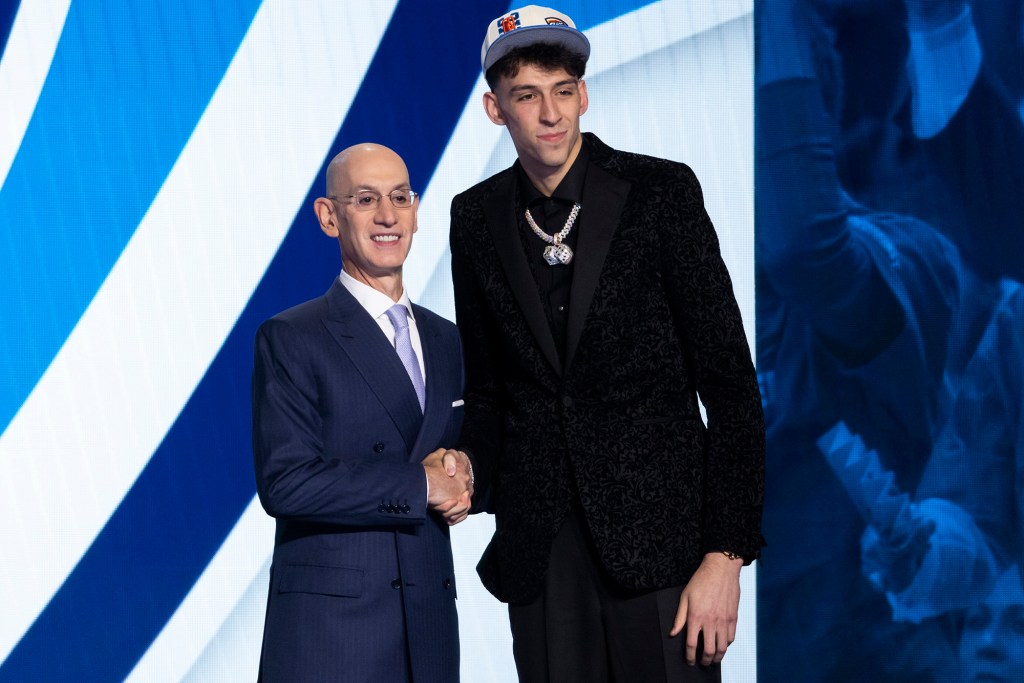 Did Wolf “The Dentist” Stansson from “D2: The Mighty Ducks” make an appearance at the 2022 NBA Draft?

Twitter certainly thinks so after the cameras panned to Chet Holmgren’s family at the Barclays Center on Thursday night, when the former Gonzaga star was selected second overall by the Oklahoma City Thunder.

Others trolled their comparisons back a decade to the ’80s, with one viewer writing, “Chet Holmgren’s dad looks like an 80s movie villain. Think Terry Silver from the Karate Kid.”

The Post had projected Holmgren to Oklahoma City despite chatter about the 20-year-old’s physical makeup. Upon being drafted, he told reporters he’s “proud to represent” the Thunder fanbase.

In his freshman year at Gonzaga, the 7-foot Holmgren averaged 14.1 points per game.