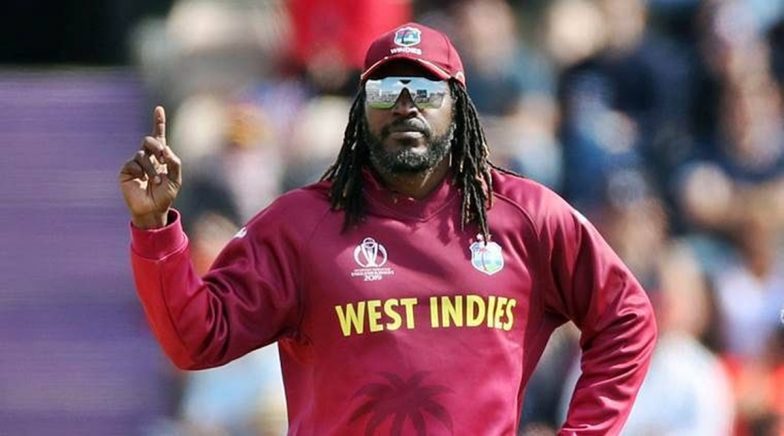 St Johns (Antigua), June 24: Cricket West Indies’ (CWI) decision to unveil a new tournament called ‘The 6ixty’ in August has split the cricket world with purists questioning the need for the new format. West Indies legend Chris Gayle is a brand ambassador of the tournament. On Thursday (IST), CWI announced the new tournament on social media with a video of Gayle promoting the event. “New tournament, new rules. Here is The Universe Boss @henrygayle to take you through how THE 6IXTY takes the excitement to another level and you even closer to the action. #The6ixty #CricketsPowerGame #6ixtyCricket #CPL22,” tweeted CWI. WI vs BAN Dream11 Team Prediction: Tips To Pick Best Fantasy Playing XI for West Indies vs Bangladesh 2nd Test 2022 in Saint Lucia.

The tournament will jointly be hosted by CWI and the Caribbean Premier League (CPL). It will be in a T10 format and take place ahead of the new CPL season. While the tournament is reportedly a version of T10 cricket, it will have several innovations, including the introduction of a ‘mystery free hit’, a report in mirror.co.uk said. “Given the name, the tournament has drawn inevitable comparisons to The Hundred (in England),” said the report. In the short video posted on social media, Gayle has described ‘The 6ixty’ as “my type of cricket”, and termed it “a brand new format that brings cricket fans closer to the action”. According to the rules, each side will have six wickets and can unlock a third power-play over if they hit two sixes in the first two overs. WI vs BAN, 2nd Test 2022: West Indies Retain Unchanged Squad for Second Test Against Bangladesh.

“The first 30 balls will all be delivered from one end, with the final 30 all delivered from the other end. If teams do not bowl their overs quickly enough, they will lose a fielder for the final over,” the report added. “And the mystery free hit allows supporters to decide when a ball will be bowled that the batter cannot be dismissed from.” CWI chief Ricky Skerrit termed it as a really exciting innovation, full of entertainment. A cricket fan unhappy with so many innovations, tweeted, “STOP CHANGING CRICKET!!! This is seriously the dumbest thing I’ve ever heard. It sounds like a completely different sport. I’m all for a new sport or code, but let’s not pretend this is cricket”. Former Lancashire and South Australia player Joe Scuderi termed it an ‘absolute load of unadulterated c***’, while another fan termed it exciting. “Sounds exciting”, he said.

(The above story first appeared on Reportr Door on Jun 24, 2022 11:54 AM IST. For more news and updates on politics, world, sports, entertainment and lifestyle, log on to our website reportrdoor.com).