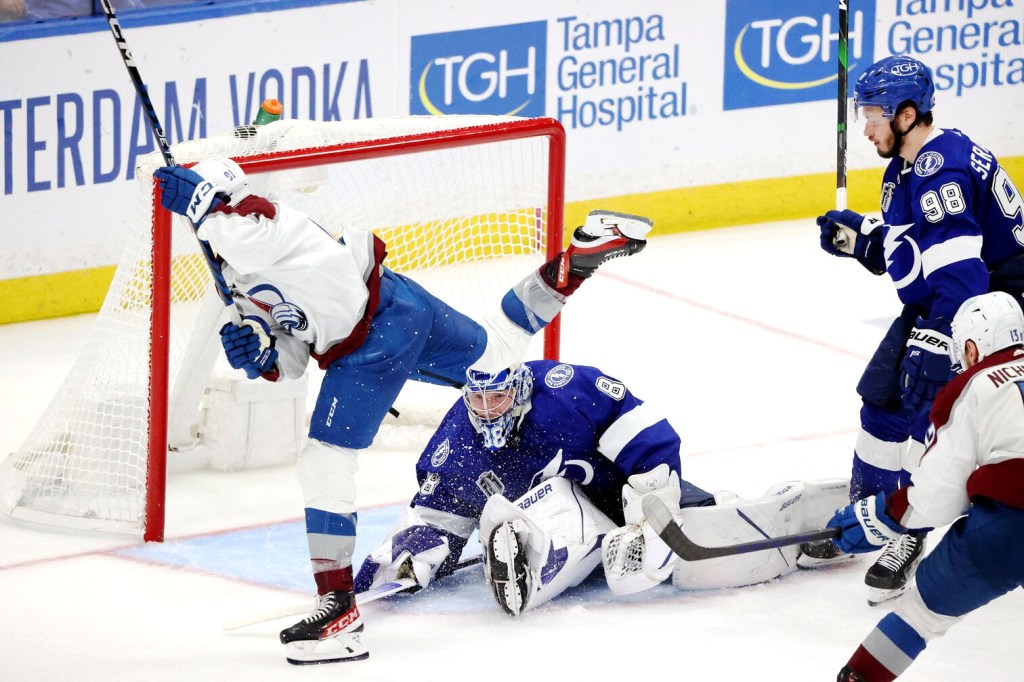 Jon Cooper backtracked and shifted a possible missed call to the rearview mirror with the expertise of a coach who has been here before. Counterpart Jared Bednar, on the verge of his first NHL championship, sought to settle the issue once and for all and move on.

Still, the Stanley Cup Final is roaring toward a conclusion full of uncertainty about the officiating, which is in the spotlight for all the wrong reasons after Nazem Kadri’s overtime goal put the Avalanche up 3-1 in the best-of-seven series.

The goal came with what Cooper and his Lightning thought was too many men on the ice. No penalty was called, and now the Avalanche are one victory away from knocking off the back-to-back defending champions.

“Will one call make the difference in the series? No,” Hall of Fame goaltender Grant Fuhr said in a phone interview. “Colorado was the better team in overtime, there’s no question. Do you hope it doesn’t end on a play like that? Yeah. You hope that it’s something nice and clean and simple because instead of talking about what a good hockey game it was, everybody’s talking about the play.”

The play in question involved Kadri — playing his first game of the final after injuring his right thumb — jumping on the ice for a line change early, with teammate Nathan MacKinnon still roughly 40 feet from the bench. When Kadri scored, MacKinnon still had a skate on the ice, and the joining player isn’t supposed to even touch the puck in that situation.

“Players, we’re looking for every inch to get an advantage and try and jump in the play when you know your change is coming,” Lightning defenseman Ryan McDonagh said Thursday. “It’s impossible to say what’s the right decision there. It’s so fast, and it probably happens a million more times a game more than we think.”

There’s some leeway for officials to judge too many men on the ice, and Tampa Bay technically had seven, though the players changing for each other were much closer to the home bench.

“You’re changing on the fly, everything happens,” Bednar said. “I count 7-6 at one point, so that is what it is. That’s the way the game is played. I don’t see it as a break or a non-break. I actually see it as nothing.”

In a statement sent to the Associated Press after Colorado’s 3-2 victory, the league’s Department of Hockey Operations deemed it a judgment call.

“In discussing the winning goal, each of the four officials advised that they did not see a too many men on the ice situation on the play,” the statement read. “This call is not subject to video review either by Hockey Ops or the on-ice officials.”