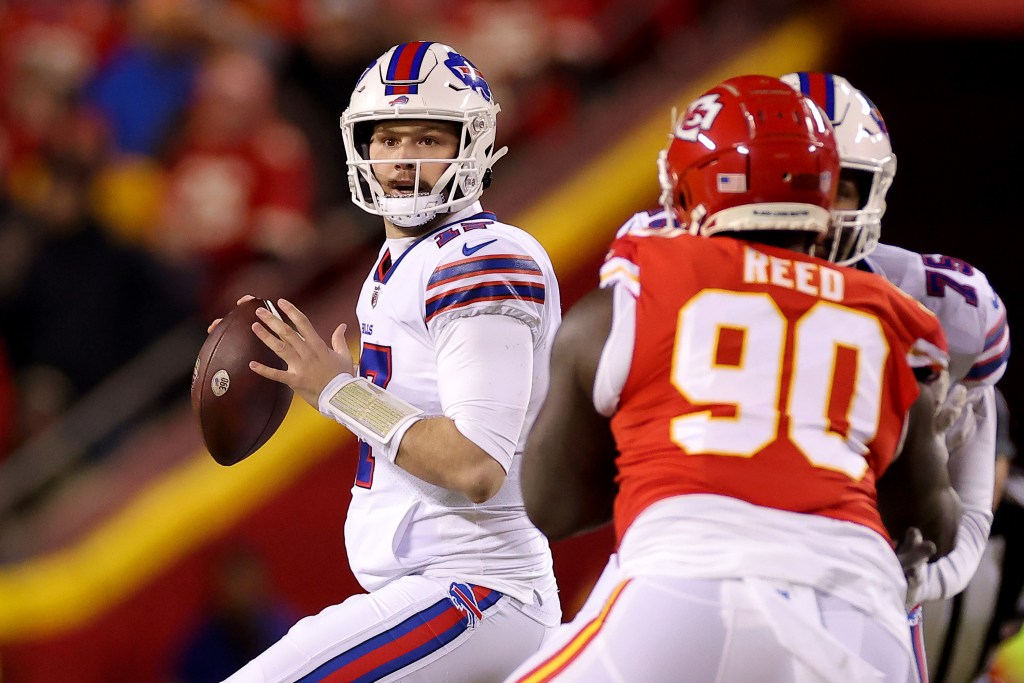 Josh Allen hasn’t gotten past last year’s divisional-round playoff loss to the Chiefs. But the game isn’t what irks him the most. It’s the coin toss that gave the Chiefs the ball to start overtime and led to the Bills’ heartbreaking elimination.

“Up to that point, I think I was 9-0 throughout the season. In our production meeting [with CBS], it was jinxed, and I was 0-for-2 in that game,” Allen said on the Bussin’ with the Boys podcast. “They brought up that stat, you’re 9-0. . . . I go 0-2 on coin tosses that game. I switched it up, I went heads first and then I went tails at the end, and it was obviously flip-flopped.”

On the podcast, when asked what bothers him more, the loss or the coin toss, he said: “The coin toss.”

“People still come up to me and talk about it. That’s the game people talk about,” Allen said. “To be a part of it is great, but to be on the losing end of it is not so great. It doesn’t make me feel any better when someone comes up and says, ‘That was the greatest game I’ve ever seen.’ It’s like, we lost.”