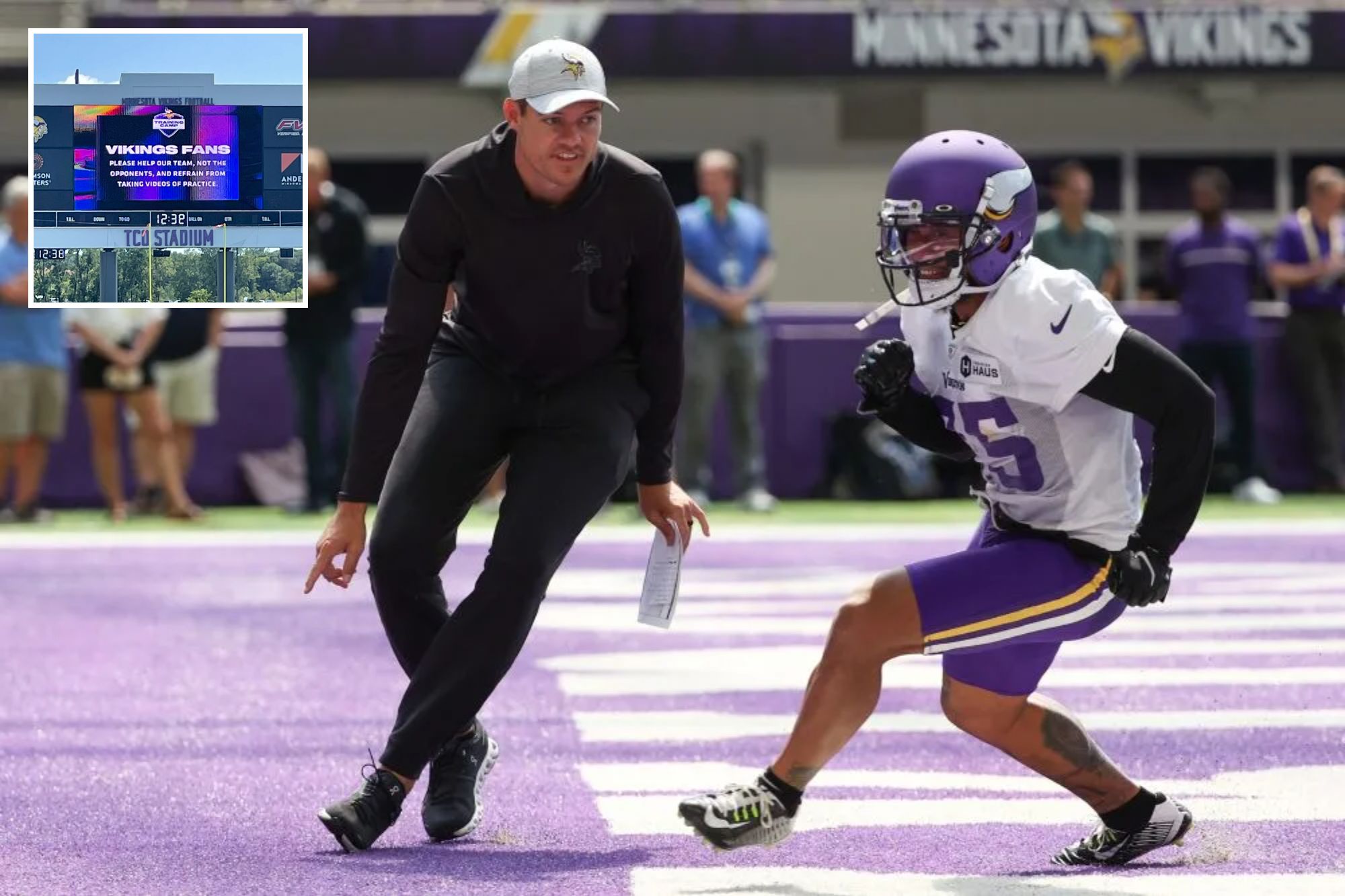 The Vikings want to keep things on the low.

As NFL training camps started toward the end of the month, fans have been able to see a glimpse of newly drafted rookies and star players in action.

On Saturday, though, Minnesota posted on its video board: “Please help our team, not the opponents, and refrain from taking videos of practice.”

The reason behind the Vikings wanting a lack of video could be in reference to other teams being able to scout plays through the camp in preparation for next season. In most cases, seeing highlight-reel type play shown on fans’ social media is not an uncommon thing during NFL training camps.

SKOR North reporter Judd Zulgad, who posted the image, even poked fun at the board and said other members of Minnesota’s NFC North division “have no chance” at winning now.

Minnesota is coming off of a mediocre 8-9 campaign last season.

The Vikings look to improve in 2022 after firing former head coach Mike Zimmer and replacing him with former Rams coordinator Kevin O’Connell.