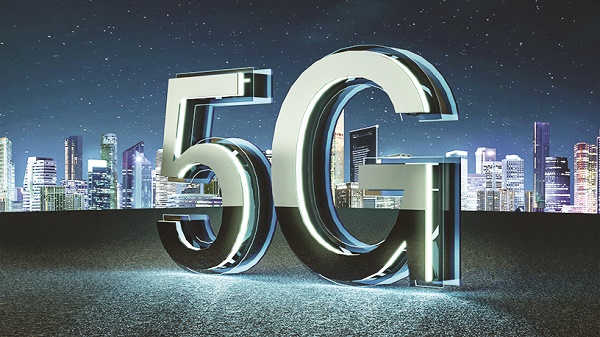 The Federal Government has unveiled how it will get the balance of the budget N20.51 trillion on a total revenue of N9.73 trillion next year. The Nigerian Communications Commission (NCC) is one of the 63 government-owned enterprises (GOE) expected to remit N3.48 trillion to fund the budget. LUCAS AJANAKU reports that the fresh move to offer two slots of spectrum for the deployment of 5G services in the country early next year, in spite of current cash crunch, may provide a new boost to the budget.

These are not the best of times for Nigeria’s economy. Cash accruable to the Federation Account has continued to shrink, no thanks to leakages, especially oil theft and funding of subsidies on foreign exchange and petrol importation that have taken a huge chunk of revenues to government coffers.

Already, Finance Minister, Mrs Zainab Ahmed, has said the government may borrow more than the current estimate of N10.78 trillion next year.

She said the total revenue available to fund the budget is estimated at N9.73 trillion. This includes the gross revenues of 63 Government-Owned Enterprises (GOEs) totalling N3.48 trillion. Of this, Federal Government oil revenue share is projected at N1.92 trillion, non-oil taxes are estimated at N2.43 trillion, and independent revenues are projected to be N2.21 trillion. Other revenues total N762 billion. The GOEs will remit N1.06 trillion to the Federal Government’s Consolidated Revenue Fund, and retain N2.42 trillion for their expenditures and reserves.

In aggregate, 20 per cent of projected revenues is expected from oil-related sources, while 80 per cent is to be earned from non-oil sources, Mrs Ahmed had explained.

Faced with this reality and the need for the government to continue to function, the government has worn its thinking cap to look inwards for revenue generation. One of the areas revenue could be generated from the telecom sector is through spectrum sale.

Spectrum refers to the invisible radio frequencies that wireless signals travel over. Those signals are what enable users to make calls from mobile devices, tag friends on Instagram, call an Uber, pull up directions to a destination, and do everything on the mobile devices.

The Global System for Mobile Communication Association (GSMA) explained further that radio spectrum is used to carry information wirelessly for many vital services. “Demand for this precious natural resource is so great that regulators take great care to ensure it is used as efficiently as possible. Efficient use helps to ensure that the socio-economic benefits that spectrum enables can be maximised,” GSMA added.

The NCC said it plans to generate over N500 billion as revenue for the Federal Government from the auction of the remaining 3.5 gigahertz (GHz) spectrum for the deployment of fifth generation (5G) technology in the country.

Its Executive Vice-Chairman, Prof. Umar Danbatta, who disclosed this during an interactive meeting on 2023-2025 MTEF-FSP, organised by the Senate Committee on Finance, said the commission had already initiated the bidding process for auctioning of the spectrums.

This new bid round will present yet another opportunity for Airtel, Glo and 9mobile to join the 5G race. Airtel had participated in the first auction but was out bid by a relatively unknown operator.

However, to stand a chance, Airtel, Glo, 9mobile and any other interested telecom firms are expected to pay a mandatory Intention-To-Bid Deposit (IBD) of $27,360,000.00 tentatively by December 5, 2022, which is also the tentative deadline for the submission of applications for the auction.

telecoms industry, has published the draft information memorandum (IM) on the auction of the remaining 3.5 GHz spectrum.

The IM defines the process that the Commission will adopt for the licensing of the remaining spectrum.

It also provided information on the Nigerian communications market, details of the spectrum on offer, the pre-qualification process, the auction process, and indicative timetable.

Barring any last-minute amendments by the NCC, the auction of the remaining will be held on December 19, 2022, at a yet-to-be-determined venue with a mock auction expected on December 16, 2022.

According to the IM, the NCC is offering the remaining lots of the 100MHz in the 3.5GHz spectrum band to ensure reliable communications services and innovative digital technologies in the country.

This will be awarded to winning bidders in the 100MHz lot. The auction will be an Ascending Clock Auction. Each lot of 100 MHz TDD represents one eligibility point.

The auction closure will occur when the public announcement is made by the auction overseer/manager, revealing the provisional winners to be awarded the licences under the process, at which point each successful bidder will automatically be deemed to have been awarded a provisional licence.

Dambatta said NCC generated N257 billion in the first quarter of 2022, adding that N195 billion out of the cash has been remitted to government coffers.

He said from April to August, N318 billion was generated by the NCC, out of which N214 was remitted.

According to him, the fund realised was occasioned by the auction of two 5G spectrums at the rate of $263 million and $273 million.

NCC had in December 2021 conducted an auction of the first two lots of 100 MHz TDD in the 3.5 GHz band to deepen broadband penetration and support the delivery of ubiquitous broadband services in the country.

Mafab and MTN scaled through. The reserve price, the minimum price for one lot of the remaining 100 MHz TDD, for 10 year licence tenure, had been fixed at $273,600,000.00 or its equivalent in Naira at the prevailing Central Bank of Nigeria (CBN) rates at the time of the auction.

However, the fee for the new 5G spectrum licence will be determined at the auction. The opening bid will be an increment higher than the reserve price in the opening round of the auction.

A successful bidder at the auction will be expected to pay a sum equal to the amount of the winning bid minus the IBD, as well as an operational licence fee, where applicable.

The balance (winning bid amount less the IBD) of the auction fee shall be paid to the Commission on or before January 20, 2023.

NCC said it will hold a public consultation in respect of the draft information memorandum on November 15, 2022, in line with its participatory rule-making process for the communications sector.

If a bidder is disqualified from the process, the Commission reserves the right to impose a penalty. The maximum penalty may result in forfeiture of the full IBD paid and the bidder may be barred from future auctions.

MTN and Mafab had each completed payment of the $273.6million licence fee required by the NCC.

Aside the $273.6 million payment, MTN paid additional $15.9 million, being the bidding sum it offered at the assignment state of the spectrum auction, making it clinch its preferred Lot 1 (3500-3600 Megahertz-MHz) in the 3.5Ghz spectrum; while, Mafab Communications, which bided lower at the assignment stage, consequentially settled with Lot 2 (3700-3800Mhz) at no extra cost.

“I wish to officially announce that NCC has received and confirmed payments from MTN and Mafab for their acquisition of 1 slot of 100Mhz each in the 3.5Ghz spectrum auction, which was successfully conducted by the Commission on December 13, 2021. They both met the deadline of February 24, 2022 as set by the Commission,” Dambatta had said.

MTN Nigeria has since rolled out services in line with the IM while Mafab has secured a five-month extension to roll out from the NCC. The extension is expected to lapse by December.

On December 13, 2021, when the NCC announced that the MTN Nigeria and Mafab Communications were the winners of the bid for the 5G licence, it came as a shock to the industry as Mafab was an unknown player in the sector.

A group, Transparency Nigeria Group, had petitioned the Federal Government and all relevant security agencies to investigate the business practices of Mafab Communications Limited.

“Mafab Communications was incorporated in 2020, has no comprehensive tax history, and appears to have been specifically set up by connected insiders for the purpose of acquiring one of the highly valued 5G licences,” the group had alleged in a statement.

The top bidders were the first auction Airtel Networks Limited, Mafab Communications Limited and MTN Communications Nigeria Limited, with the bidding price starting at $199,374,000. After  11 rounds of auction over a duration of 9 hours, the bid price rose to over $200 million with all 3 companies still active.

The auction process came to an end when MTN and Mafab posted an exit bid of $273 million, while Airtel posted a final bid of $270 million. Simply put, Airtel offered to pay the least amount among the three companies for the 5G licence, thus falling out of the race.

Before the auction proper, Airtel, MTN Nigeria and Mafab Communications had paid an initial non-refundable 10per cent deposit of $19.75million each, which was statutory and mandatory to qualify them to participate in the bid process.

The NCC also added to its claims that the auction was free and fair by pointing out that it had earlier awarded Mafab with international data access (IDA), inter-connect data exchange (IDE) and Value-Added Service (VAS) licences. The earliest licence being the IDA issued in October 2020, 4 months after Mafab was incorporated.

Mafab Communications Limited was registered on July 8, 2020, according to the company’s website and TechCabal’s search on the Corporate Affairs Commission (CAC) site. It claims to provide and operate local Interconnect and International carrier services; there’s no information about clients on its website.

The company is led by Musbahu Muhammad Bashir, the chairman of the Althani Group, an Abuja-based holdco that oversees a group of companies, including Eman Homes & Estate, Althani Investment Limited, Salam Takaful Insurance, and Mafab Communications