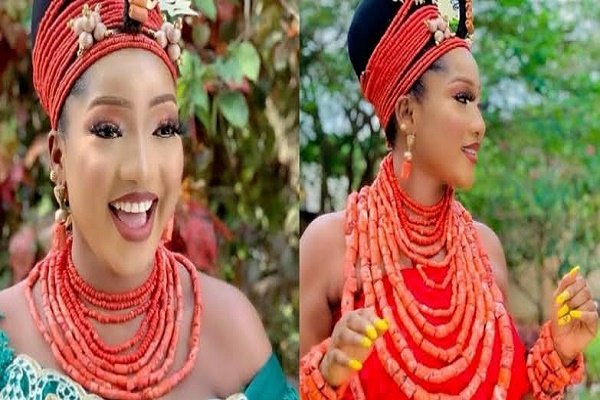 Actress Cristabel Egbenya has argued on the extent to which a man can go to marry a woman he’s in love with.

Speaking on Egbenya TV ‘Talk Show’, the actress claimed money is never the issue for any man’s inability to marry the woman he truly loves.

She claimed such a man can go to the extent of borrowing to have the love of his life as his wife.

According to her, when a man seems to be dragging his feet about marriage it’s a sign that he isn’t satisfied with the woman’s persona and it’s only right for that woman to look for love elsewhere to avoid regrets.

The mother of one said: “If a man wants to marry you, hell not delay you; he’ll marry you. Men actually know what they want. I’m telling you the truth.

“If a man is in love with you and wants to marry you, he will not waste time.

“He’ll even borrow money sef. He might not tell you. I’m just telling you so you don’t waste your time.

“Maybe he’s not comfortable with some of your characters or attitudes.

“So, my darling if you want to exercise patience fine. Of you don’t want to, start looking for someone else. So that you’ll not say somebody broke your heart.

“Because if he really wants to marry you, money is never the issue.”