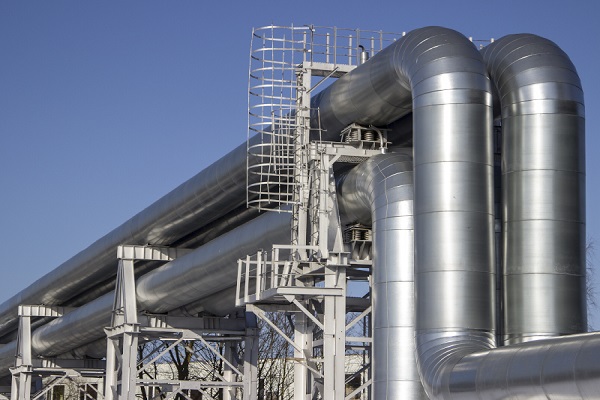 Minister of Solid Minerals and Steel Development, Olamilekan Adegbite said yesterday that the Federal Government would require about $2 billion to fix the Ajaokuta Steel Company and make it functional.

The minister however, expressed confidence that ongoing concession of the plant will be concluded before the end of the tenure of the current administration, saying the government was being careful not to repeat past mistakes where the plant is concerned.

Speaking when he appeared before the House of Representatives Committee on Steel Development, the minister also decried the activities of illegal miners whom he said poses a great security and economic risk to the nation.

He, however, said the ministry was working with the office of the National Security Adviser to check the activities of illegal miners, while insisting that the Mining Police that was proposed by his predecessor failed to take off as a result of lack of funding.

He said: “We are going to work with the Russians to fix Ajaokuta. The estimate to fix Ajaokuta ranges between 1.5 and 2 billion dollars. If you stop the entire budget for the Ministry for 10 years, it won’t be up to that.

“We were going to rely on the Pan Afrik Bank. But we have gone beyond that now because there are people who are ready to bring their own funds as equity partners to fix Ajaokuta. We should look forward rather than backward when it comes to Ajaokuta.

“The concession of the plant is on course. In 2019, when we came back from Russia, I addressed Nigerians and gave assurance that we will finish Ajaokuta before the end of the administration and that was because we got the support of the Russians and the President committed to the project.

“We had a timeline and I said Ajaokuta will be fixed within two years. We were hoping that by the third quarter of 2022, the plant will start rolling. Unfortunately, in 2022, all the arrangements we had could not hold because the Russians were supposed to come to the country in March 2022.

“In view or COVID-19, they could not come and 2021 came and pass also. We thought why not do something different?’’

“As of today, there is a Transaction Adviser in place in Ajaokuta and we have about nine persons or companies who are interested in running Ajaokuta. They brought different proposals which we are studying because we don’t want to do the kind of concessions that were done in the past.

“What we intend to do before we leave office is to set Ajaokuta on a solid footing and on a trajectory that in one or two years, it will start running on the flagship of the private sector because the government will not have the time and funds to run that place.

“The Transaction Adviser is working with that Infrastructure Concession Regulatory Commission. Whenever that process is completed, we will take it to the Federal Executive Council and then we decide who get what.

“The details of this will be in the public domain. We hope that the concessioning will be completed soon and that is why there is no provision in the 2023 budget.”

Speaking on continuous budgeting for the plant when it is not producing, the Minister said: “What you see in the budget every year about Ajaokuta is personnel. If they have any capital, I am sure it is very minimal which can be taken out.

“When I came into office in 2019, I asked the question why someone will be budgeting so much for Ajaokuta, and when I went to visit Ajaokuta for the first time, I found out why there has to be a budget for personnel.

“If you have ever visited Ajaokuta, you will know how vast the place is. It is a city of its own and that has to be maintained. If we don’t have personnel there, the facilities there would have been vandalised. So, we have people who are keeping vigil over the place and maintaining it.

“Both the Senate and House Committees have been there. As it is right now, Ajaokuta can do a dummy log for you. For something of that magnitude which is mechanical, it would have gone stiff and you won’t b able to run it again. But they do regular maintenance on it.

“If you go there tomorrow, they will do a dummy log for you. Yes, they don’t have the materials to produce the liquid log, but they can demonstrate to you what should be done when the materials are available. But we are hoping that we will come to a conclusion on it by the end of this year and you won’t be having it in the budget anymore”.

Speaking on the security of the mining sector, he said: “If you look into our budget, there is no single provision for security. That is why we had to go back to the National Security Advisor. My predecessor, with the approval of the President, set up the Board of the Mining Police in 2017 with the Minister as the Chairman with members drawn from all the security agencies.

“But that committee has not been funded since then. What was proposed was to have personnel on ground to prevent situations. But the Mining Police has been an idea that did not work hence we had to go back to the National Security Advisor who is in charge of security in the country.

“It is on the advice of the NSA to the President that there is a ban on mining in Zamfara. The NSA is aware of the activities of illegal miners and the attendant insecurity it causes and is working on a robust programme”.

Responding to a suggestion from a member of the committee, the minister said: “You asked us to make a request for additional funding. I have been doing that since 2019 when I came into office to no avail.

“On artisanal miners, I want to say that there has been a success story. In the Ministry we have a World Bank project on remote sensing which identifies areas where artisanal mining is taking place. As of today, we have about 2000 artisanal mining cooperatives that we have registered”.

The minister also dismissed claims that foreigners were carting away billions of dollars yearly as a result of illegal mining in the country saying “somebody came up with that figure which I don’t believe is true.

“I don’t think that the entire solid minerals we have is worth billions of dollars annually. These are speculative figures. Yes, there are illegal miners taking things out of the country. I have told you our own constraints.

“Some of these materials are taken out in bulk containers. We don’t control the ports and that is why I said we continually interact with the Customs to stop this activity. So, those who are taking these things out of the country are completely out of our purview.

“The Customs who are at the borders are supposed to check that. Even gold is being smuggled out through our airport and yet we have metal detectors.

“For those who want to export, when they come to the ministry, they pay the royalty and we upload the data directly in the Customs portal because we don’t know where you are going out through. When you get to the airport, you present your papers to them and then check the system and give you clearance”.

Chairman of the Committee, Rep. Abdullahi Ibrahim Ali said Nigeria was currently facing the most uncertain economic realities and was set back by an unprecedented debt profile due to the nation’s over dependence on the oil sector and the petroleum industry.

He said the government must therefore take up alternative initiatives, think outside the box to harness other resources available to the country in order to remain economically a float.

He said the Ministry of Mines and Steel Development is key in any meaningful efforts towards achieving economic prosperity and development of the nation as no economy can survive without its mines and steel industry functioning optimally as can be seen in the performance of different national steel industries across the world.