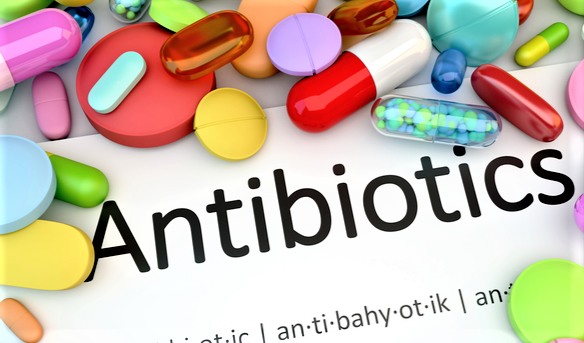 The Nigeria Centre for Disease Control has cautioned Nigerians in livestock farming against antibiotics abuse, warning that antimicrobial residues in eggs, milk, and meat can potentially cause cancers and other allergies in humans.

According to the NCDC, the use of antibiotics in the animal health sector is putting the lives of humans at risk of serious health complications.

The agency lamented the poor regulation of antibiotic use, noting that the misuse of the drugs, especially in food-producing animals could cause health problems.

The NCDC stated this at the flag-off of the awareness campaign to tackle microbial resistance in Nigeria.

According to a press statement released by the Director General of the disease control agency, Dr. Ifedayo Adetifa, antimicrobials are essential to treating some human and animal diseases like sepsis, pneumonia, and other life-threatening infections but microbes, such as bacteria, can develop resistance to antimicrobials when they are used improperly.

The NCDC DG said seven out of 10 persons in the community access antibiotics outside licensed health facilities or pharmacies while many patients in the hospitals are overprescribed antibiotics that have a higher risk of bacterial resistance selection.

According to experts, antimicrobials are increasingly becoming ineffective globally due to their inappropriate use.

The World Health Organisation has also identified 15 priority antibiotic-resistant pathogens causing the greatest threat to human and animal health and four of these have been detected in Nigeria.

The NCDC DG also noted that antimicrobial resistance by 2050 could cost between US$300 billion to US$1 trillion annually globally.

This, he said, could lead to more expensive and intensive care, and prolonged hospital stays.

Antimicrobial resistance is also associated with the loss of livestock and increased cost of livestock production that indirectly affects the livelihood of farmers which in turn has a deleterious impact on GDP, he added.

Adetifa disclosed that Nigeria since 2017 in collaboration with relevant ministries has “investigated antimicrobial-resistant pathogens found in hospitals, animals, agricultural, and environmental sources, as well as antimicrobial prescriptions.”

While noting that these efforts are not without peculiar problems, the DG said that some of the identified challenges for Nigeria’s AMR response include “suboptimal coordination between relevant sectors (regulatory authorities and components of the healthcare delivery system), poor surveillance and response on account of limited availability of diagnostics and inadequate resources, suboptimal adoption and practice of standardised infection prevention and control practices in the community and health facilities, limited access to proper medications, inappropriate prescription practices, and poor enforcement of legal frameworks in place to regulate antimicrobial use.”