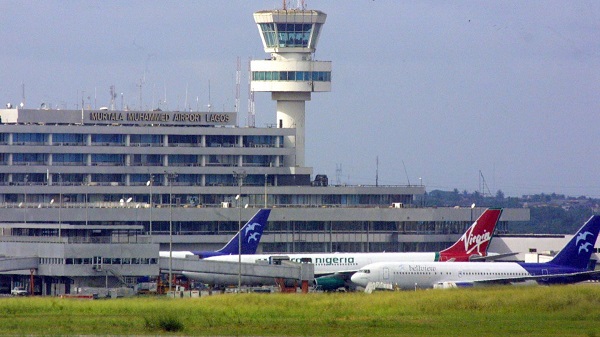 Aviation unions yesterday expressed their readiness to mobilise against four airport terminals – Lagos, Abuja, Port Harcourt and Abuja slated for concession by the federal government insisting that the exercise must be subjected to thorough scrutiny to ensure all valid interests are protected.

The unions also charged the government to ensure the interest of the nation is properly served, observing that  the continuation airports’  concession without a valid agreement with the Federal Airports Authority of Nigeria (FAAN) and the unending alterations of the concession period by the concessionaire unilaterally without challenge is clear evidence of lack of care for national interest.

The unions held a rally yesterday in Lagos to express the disenchantment of aviation unions over the exercise and other developments in the aviation sector. Spokesman of National Union of Air Transport Employees,( NUATE), Comrade Ocheme Aba said the unions were becoming uncomfortable over the way and manner the government is handling the matter.

He said NUATE, alongside other unions – Air Transport Services Senior Staff Association of Nigeria (ATSSSAN), Nigerian Association of Aviation Professionals (NAPA), National Association of Aircraft Pilots and Engineers(NAAPE) and other industry groups are not pleased with the way the government is handling the matter.

Aba said aviation unions in conjunction with the Nigerian Labour Congress (NLC), Trade Union Congress (TUC) and Civil Society organisations will soon commence dissent against what he described as the “current opaque exercise’.

“To this end, the airport’s concessions must be subjected to thorough scrutiny to ensure that all valid interests are protected and that the cause of the nation is properly served.

“Our unions will commence our dissent against the current opaque exercise by declaring operation occupy of the MMA2 in conjunction with the NLC, TUC, and Civil Society.

“The proposed national hangar should integrate the Akwa Ibom MRO that has already reached advanced stage, together with other smaller MROs, rather than another grandiose, wasteful startup which has potential for capital flight and emasculation of other outfits.

“All in all, the ball is now in the court of the Federal Executive Council to make or mar. It is in the hands of FEC to dismantle the anti-Nigeria behemoth called aviation road map.

“The alternative is to court the angst of Nigerians and sow the seeds of a revolution of a proportion never before witnessed.

“We wish to seize this opportunity to join other aviation stakeholders and well-meaning Nigerians to condemn in strong terms the intention of the Ministry of Aviation to cede majority shareholding in the national carrier, Nigeria Air, to Ethiopian Airlines.”

“This intention is perplexingly self-defeating and a complete negation of all the objectives earlier canvassed for the setting up of the national carrier. And we have no choice than to call for the outright cancellation of the plan.

“What we want is a national carrier that will, through hard work, surpass Ethiopian Airlines and compete with other global airlines, and not a shameful appendage of Ethiopian airlines. If Nigeria wishes to join forces with Ethiopia to form a mega African carrier, that would be a noble thing.

“But then, the two parties should determine the form of partnership in a manner befitting our status, that enhances attainment of our civil aviation objectives and goals, and which does credit to our national pride.

“The decision to give our Bilateral Air Services Agreements to Ethiopian Airlines for a mere five percent  shareholding in our national carrier beats all reasoning and must be rescinded without argument.

“The foregoing give fillip to our firm resolve to defend the rights and interest of our members, safeguard our industry from being led into retrogression, protect national interest against predatory and annihilating tendencies, and ultimately bring about much desirable sanity in our national life,” Aba said.