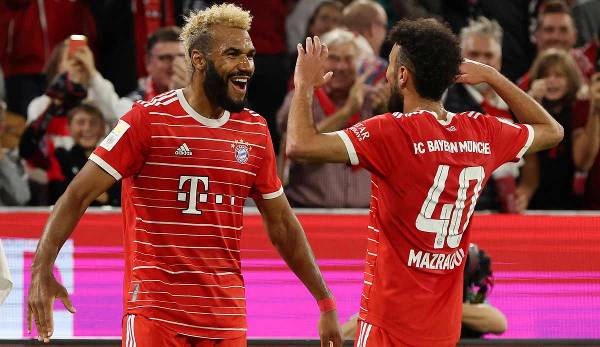 Eric Maxim Choupo-Moting believes Bayern Munich have the needed quality to win the Champions League in the ongoing campaign.

The Cameroon international was among the scorers on Wednesday night as the Bundesliga champions defeated Barcelona 3-0 to guarantee top spot in Group D.

Sadio Mane and Benjamin Pavard were the other two scorers with Serge Gnabry providing a hat-trick of assists.

The Bavarians have collected maximum points from the five matches played in their pool, scoring 16 goals and conceding just two.

The German outfit are eyeing the title they last won in the 2019/20 season when they defeated Paris Saint-Germain in the final.

In the 2020/21 season, they were eliminated in the last eight and last season they fell to surprise package Villarreal in the quarter-finals.

However, the 33-year-old is optimistic Bayern Munich can go all the way this season.

“It was a top performance [on Wednesday], but we still want to win our last game next week [against Inter Milan],” Choupo-Moting told the club’s website.

“I’m happy for myself and the team. It was a difficult game against a strong side who, even though they were already out, wanted to show a reaction in front of their fans. But we gave it everything from start to finish and deserved to win. We go into every Champions League game with the aim of winning the competition because we have the quality in the team to do that. That’s our ambition at FC Bayern.”

On Saturday, Choupo-Moting might feature as the Bavarians host Mainz in a Bundesliga assignment.