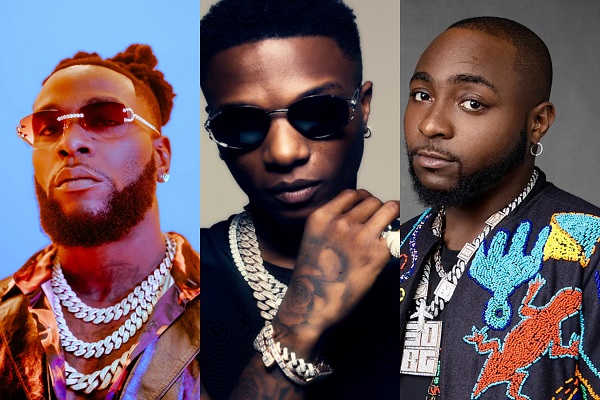 Social media has been heated up after Burna Boy referred to himself as Davido’s uncle in the music industry but hailed Wizkid’s musical dexterity.

It all began when Wizkid explicitly stated how he should be addressed henceforth.

He said before his name, people should add Sir or daddy while bragging about his staggering career success which he claimed could not be equated with that of any other Nigerian artiste presently.

He also gloated about possessing wealth that no other artiste comes close to such that would sustain him for ages even if he were to give up music now.

Reacting to Big Wiz’s remarks, Burna had a good laugh while seconding it.

But he made sure to slight Davido in the process by tagging himself O.B.O’s uncle as far as music was concerned.

He wrote: “Normally Wizkid na every Naija artiste popsy for sure. But I be uncle to Davido for this music thing!!!! Yes, I said!!!”