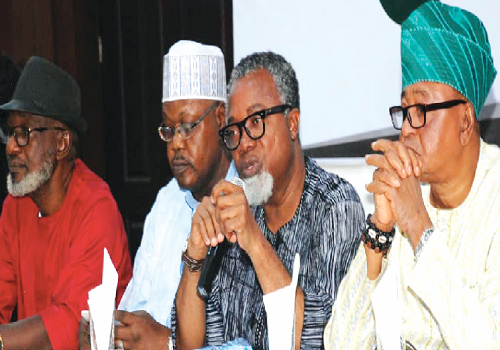 MEMBERS of the Audio Visual Rights of Nigeria (AVRS) have expressed satisfaction and pleasure at the achievements the Collective Management Organisation had recorded since its approval by the Federal Government.

The members gave this commendation at the sixth Annual General Meeting (AGM) of AVRS, which was held at the Lagos Travel Inn in Lagos.

In his opening address, the Chairman of AVRS, Mahmood Ali-Balogun, thanked the members for their unflinching support for the organisation while restating the resolve of the board to continue to put the interest of the members above all interests.

He stated that the AGM was a requirement of the law and also an important meeting for members to be well-informed on the workings, progress and current status of the organisation.

Explaining the purpose of the AGM, Ali-Balogun said the AGM had four broad tasks before  informing the general assembly about the different levels of progress the organisation had made since its last AGM. One of such progress was the signing of the licensing agreement with Hotel Owners Forum Abuja (HOFA).

Speaking on the progress of AVRS, the Director General of the Nigerian Copyright Commission (NCC), Dr. John Asein who was represented at the meeting by the Director, NCC Lagos Zonal Office, Mr. Matthew Ojo said, “About 20 years after that seed was sown, the Nigerian Copyright Commission, in collaboration with the World Intellectual Property Organization and other stakeholders began to explore ways of harvesting the fruits for the benefit of those whose toil and intellectual investment make the films. After a series of meetings, it was agreed that a collective management organization (CMO) would be a good idea and finally the Audio Visual Rights Society of Nigeria (AVRS) was born, making Nigeria one of the first countries in this part of the world to have a CMO for film.”