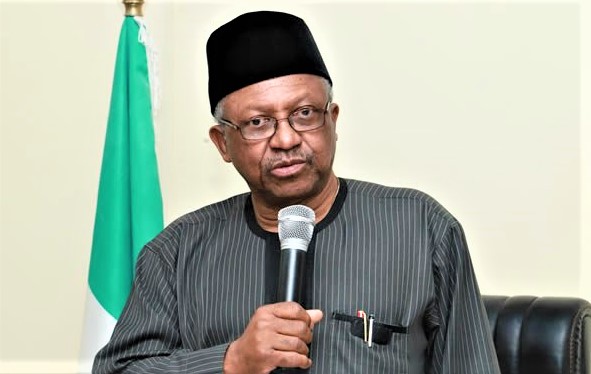 The Minister of Health, Dr. Osagie Ehanire, says the country is yet to meet the pledge by African governments to allocate 15 per cent of the annual budget to health.

Ehanire said this in Abuja when he featured on the News Agency of Nigeria ministerial forum in Abuja.

NAN reports that the 2001 African Union meeting in Abuja which hosted heads of state, pledged to devote at least 15 per cent of their annual budgets to the health sector.

However, even with the increase from N9 billion health allocation in 2022 to N1.58 trillion projected budget for 2023, the target is not achieved, as it is not up to 15 per cent of the country’s budget as pledged.

The minister, therefore, explained that there are many competing priorities, as many things needed to be attended to.

He said that the budget for issues that relate to education, sanitation, and hygiene, among others, were not added to the health budget because such issues were being handled by either the Ministry of Education or the Ministry of Agriculture and Environment.

He, however, said “we are pleased to have an increase in the budgetary allocation this year over last year.

“We also know that other health expenditures are not necessarily added, for example, what are the state’s budgeting?

“If you want to know what Nigeria spent on health, you have to look at the federal and state budgets, and look at other expenditures which are not necessarily captured directly in the allocation to the health sector.

“The allocation to education to train nurses and doctors, for example, is also part of health expenditure.”

On the Basic Health Care Provision Fund established in 2014 under the National Health Act as catalytic funding to improve access to Primary Health Care, he said the fund is supposed to cater to the health of the vulnerable segment of the population in the country.

The BHCPF, he added, serves as a fund for the Basic Minimum Package of Health Services aimed at increasing the fiscal space for health, strengthening the national health system, particularly at PHCs by making provision for routine daily operation costs and ensuring access to healthcare for all, particularly the poor.

The minister, therefore, said that the direct flow of funding to the facilities was ongoing and the ministry is still observing the situation.

He said that the ministry is still learning with every move as over one million Nigerians have registered so far.

According to him, the ministry is also expecting more funding as the new act begins to be implemented for the National Health Insurance Authority.

The minister said this would increase the fiscal space for health and also the participation of partners and donors trying to increase the number of people covered by insurance.

He added that “we have many lessons we are learning in the flow of funds from the BHCPF to take care of both the vulnerable and the poor.”

According to him, the committee is to roll out a public-private ambulance service system so that Nigeria will join other countries of the world that have national emergency medical services.

He said Nigerians who need emergency medical care could call a three-digit number –112 and have the response made to them immediately.

He added that “the ministry is working with the private sector on the principle of pay as you work.

“For every sorting that is done either by the private sector or the public sector ambulance, payment for the service is not required immediately, because it is carried out through the NHIA.

“We are working closely with NHIA to arrange a platform to determine accredited ambulances and accredited hospitals to work with.

“We will develop a template for reimbursing those who are providing services so that the patient is not asked to pay anything at the point of care.”

Ehanire said that the system has taken off in the Federal Capital Territory on a pilot study, adding that the NEMTC is getting ready to commence in four other states.

He said he could not ascertain the number of ambulances available at the moment, but both states and federal ambulances would be participating.

He added that “the ambulances are accredited for mechanical soundness and for the training of paramedics.

“In the FCT, there are about 60 ambulances, of which, about 20 are owned by the private sector. The rest are both federal and state ambulances. The private sector is a little bit cautious in trying to see how it works, but so far, it has worked fairly well.

“A few clips have shown that they have done exemplary collaboration between the private and private sectors. The public sector has been tested and validated,” he said.