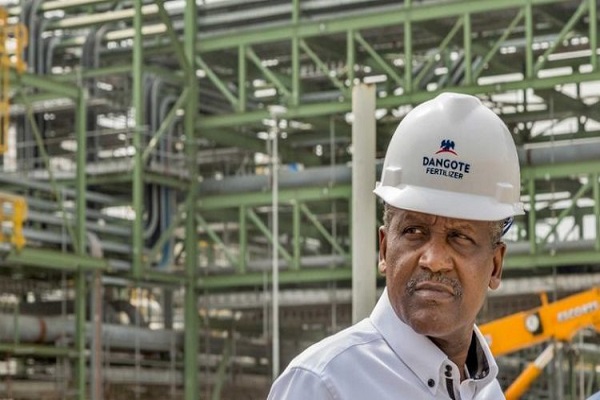 Organised by FMDQ Group, the FMDQ Gold Awards recognises excellence in fixed income, currencies and derivatives market. It also recognises demonstrated resilience and agility of the Nigerian financial markets participants and acknowledges the valuable efforts of the stakeholders and their participation in the FMDQ markets and across the financial market.

Also, during the annual Most Trusted Brand Award, organised by Brand Health Ltd, Dangote Cement was chosen as the most trusted cement brand in a survey of 13,000 consumers.

He described the awards as another milestone in the Dangote Group’s business trajectory noting that they were testaments to the strategic business model being executed by the group, which is aimed at rejuvenating Nigeria’s economy and engendering developmental growth of Africa.

He assured that the Dangote Group would not relent in its commitment to Africa’s development, adding that the group will continue to impact lives positively through production of goods that meet the peoples’ need.