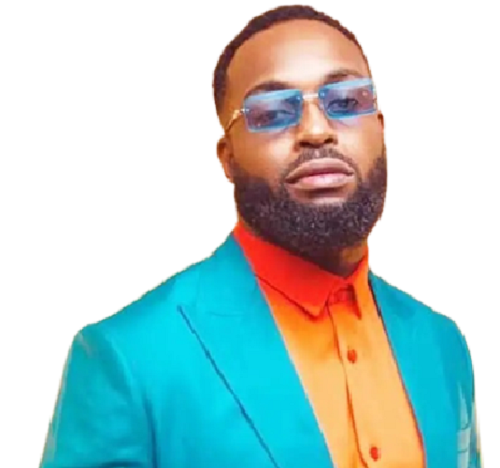 With over two decades in the music industry as a Disc Jockey and music executive, Imohiosen Patrick aka DJ Neptune shares his experience and the importance of documenting collaborative works with colleagues in the music space among other issues in this interview with ADENIYI ADEWOYIN.

LOOKING at the progress Nigerian Djs have made so far, what is the next level for DJs?

The next level is to keep evolving in the direction that the world is going. If you feel there’s something that you have been doing wrong or you are doing right now based on how the growth in the industry is moving it’s only sensible for you to just stick towards that direction. They say the only constant thing in life is change so you just have to keep evolving yourself if you still want to be in the discussion.

Considering your experience, how important is documentation in the music business?

Documentation in every aspect of life is key because anything can go wrong. Like the incident between myself and Rema, Rema is a great guy and my homeboy but it was a miscommunication from his camp that he wasn’t aware of and I guess when that whole situation happen he was in his feelings. Everyone came at me expecting me to attack but I’m not that kind of person and my brand has never been associated with such. When I do something as a professional, I make sure that I do it the right way. While all that was going on in the social media space and his team were discussing that documentation was being done. Text messages and emails were sent so I didn’t go wrong in any way and they were aware of it but like I said he was in his feelings and after that whole scenario we met, talked, and laughed over it. We are still going to make amazing records and it’s just for us to keep understanding and learning to do things the right way if we don’t want to get into trouble.

If you have a document that backs it up then you have the right to take it up with whoever the talent is as long as it went beyond just verbal agreement. But then, as talents, you need to also stay professional because that’s what puts food on your table. So, if you know for a fact that you would not make the event speak out and refund whoever is meant to be refunded.

What has been most instrumental to your success?

I stay true to myself, I don’t over-brand myself in a way that you will feel that this is the almighty and I always allow my work to speak for me because at the end of the day that is what people love and that is what they are paying for so I just do me. I’ve been doing this for over two decades and I will only hang my boots whenever I choose.

Was there ever a time you wanted to give up because things weren’t going your way?

No, because the primary reason why I became a DJ or entertainer was for the passion and not about the money and the paparazzi and that passion is what is still driving me today. If I wasn’t making money now I would still be doing it because I started with the passion for years and then the value started coming in and I realized that I needed to start branding myself.

Dreams come true when you chase them but then sometimes destiny has a way of playing itself. For me, that’s my motto; when I’m chasing something and It’s not happening, I just let it be because I’m big on timing but this thing would still find its way to my table so I don’t stress myself over what I don’t have control over. When I see people saying they are depressed I will be like what’s frustrating you? As long as there is life there’s hope.

Has music streaming helped reduced piracy in any way?

Music streaming has helped because the consumers know there is a channel to go to stream the music. In terms of piracy it is almost impossible to eradicate piracy but what streaming has done is that it has reduced it to the barest minimum. If you know you can browse through millions of songs and at the end of the day, you are paying maybe a thousand every month why is the aisle of stressing yourself, and sometimes when you do the quality is bad? That has also helped in the growth of Afrobeats because now the audience in the diaspora knows where to go for new songs and before you know what’s up in a month it now becomes a global hit.

In your opinion, how can the story of Afrobeats be told before it is hijacked by the outside world?

I think one of our biggest problems in this part of the world is that people don’t come out to tell the story the way it actually went. Some do it based on their interest but I feel it’s always right to spill the truth and let the newer generation know how things were done and that would help whatever dream they want to chase. Shout out to Mr. Ayo Shonaiya who took it upon himself to bring that initiative to life. For those who feel sad, I dint think it was secluded to only him so if you feel the story wasn’t told properly then come out and tell your own story. With the outside world now trying to tell us our story better is because we back home are not really united. If we are united.

There was a time when Makossa music was the in thing in Africa before it vanished, how can Afrobeats be protected from suffering the same fate?

That’s my prayer too, we need to start supporting our own, we need to start encouraging our black brothers to create platforms that would compete with the international platforms,” said Neptune. Continuing, he said, “When you go to China, some of these favourite streaming platforms are not allowed in China, they have their local platforms then safeguard their products. Let the international labels come to Nigeria and say we saw that hungry kid from the street, we took him and blew him up from the scratch. There has never been a such story but they are waiting for you to be up there already and they are like let’s give him that slave trade deal and then if you don’t know what you’re doing you will sell your masters and in the next thirty years some kid from Australia bumps into your song, wants to sample something and then you the originator don’t have the power to approve it.