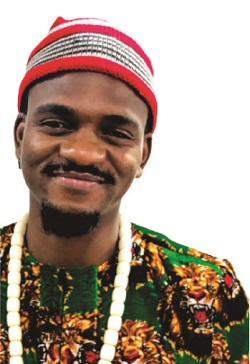 According to the talented act, the new album which sees him narrating his life experience took him 18 months to produce.

“It took 18 months for this album to be ready. A lot of work was put into it because my last album, ‘Nsibidi 2’ raised the bar by getting lots of attention and co-signs from the likes of Don Jazzy and Illbliss. I didn’t want to disappoint my fans too.

“The 14 tracks album was inspired by my daily life activities and experiences. It’s probably why the album titled ‘Ife Nwoke’ which translates to -A man’s thing. In the album I try to highlight my view about life (as a man)” said Elveektor.