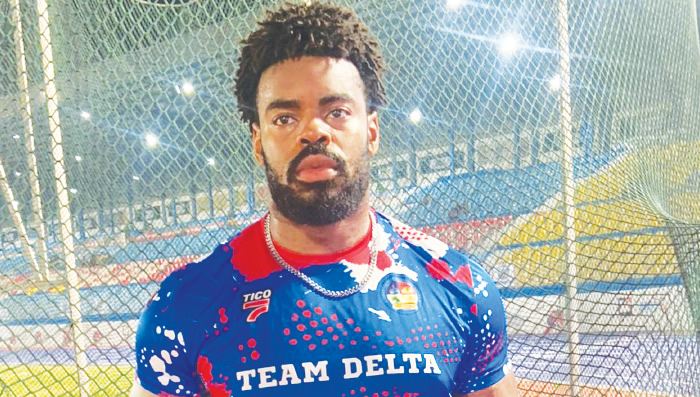 Reigning African shot put champion, Chukwuebuka Enekwechi, was pleased to get his record-breaking throw in the books at the ongoing National Sports Festival in Asaba, Delta State.

The 29-year-old threw a 67.65m to claim the hammer gold medal and set a new national record as he surpassed the previous 66.92m record set by former African champion, Christian Okoye.

Enekwechi told our correspondent that he had been training the hammer throw for just three months as he is focused on shot put, which makes the record more impressive.

“I don’t really train my hammer throw but I’m one of the best shot putters in the world and I also have the background in hammer throws. I’ve been training it for the past three months, while recovering from a groin injury,” he said.

Enekwechi added that he had broken the record by a longer distance seven years ago but it wasn’t recorded.

“I’d broken the national record in 2015. I threw 72.77m when I was focused on hammer throw, but it wasn’t recorded, so, I’ve always had the technique but I didn’t have the strength because I was focusing on shot put,” he said.

Although he is glad to be back in the hammer throws, Enekwechi is satisfied to have gotten the record and is staying in shot put.

“It’s good to be back in the hammer throws and to have the national record I should have had seven years ago.”

“I don’t know how long it’ll last, but I feel very vindicated for what happened in the past,” he told our correspondent.

“I’m done with hammer throw and now I’m back in shot put,” he said.