Premium Motor Spirit (PMS) scarcity otherwise known as petrol, has been a major concern this year. The situation has led to an unofficial increase in the pump price of the commodity, one in which government and Nigerians seem to have come to terms with. Yet, the situation remains unabated even as stakeholders call for deregulation and level playing ground for all players in the industry. MUYIWA LUCAS reports.

Nigerians and scarcity of Premium Motor Spirit (PMS) or petrol are no longer strange bedfellows. This is because shortage in supply or availability of this commodity is a regular occurrence which the people, sadly, have become used to.

While the current scarcity that has hit Lagos and its environs may just have been for about three weeks, residents of Abuja and some northern states have had to bear the brunt of shortage of the product for over three months now.

Several reasons have been adduced for the development. For instance, at the onset of the present scarcity in Lagos, some marketers pointed accusing fingers at the Nigeria National Petroleum Company (NNPC) Limited saying there was shortage in the supply chain of the commodity.

Last month, for the Nigerian Midstream and Downstream Petroleum Regulatory Authority (NMDPRA), the scarcity in Abuja and other surrounding states is as a result of the inability of fuel trucks to have access to Lokoja roads due to flooding.  A statement from the agency had explained that the Lokoja flooding had affected the distribution of petroleum products to the Federal Capital Territory, Abuja, and environs as water has submerged a greater part of  Lokoja city and grounded all vehicular movements, adding that as part of measures to mitigate the situation, “trucking via alternative routes is currently ongoing.”

However, since then and upto the time of going to press, Abuja residents are still battling with queues at the filling stations- just like other parts of the country.

Marketers have since maintained that it is impossible to sell fuel at the old rate in view of the soaring foreign exchange rate and the present  realities. This is why the  IPMAN President, Alhaji Debo Ahmed, has insisted that the Federal Government must review the price rate is scarcity is to be a thing of the past and also for the market to be stable.

“The exchange rate is always catapulting. With the present situation, they have to modernise (review) that NNPC rate because dollar has gone up. The cost of Dollar is going up everyday it becomes so difficult to maintain the rate,” he said, adding that marketers were selling the product above the official pump price because they buy it above the ex-depot rate from the private depots. Presently, ex depot price of petrol per litre sells for about N185 to N190 per litre from the private depots. He insisted that it is impossible for them to sell the same product below what they buy it.

But weeks after, emerging facts have revealed to the contrary that the continued scarcity of petrol stems from the inability of marketers and some depot owners to pay for the services of “Daughter vessels” required to evacuate imported petrol from the “Mother vessel” from its offshore position. Mother vessels are tanker ship that brings the product into the country but berths in the high sea, while Daughter vessels are those used in conveying the product from the point of berthing on the high sea to the port before it is emptied into depot tanks.

The Executive Secretary, Major Oil Marketers Association of Nigeria (MOMAN), Clement Isong, revealed that although there are vessels laden with petrol imported by the Nigeria National Petroleum Company Limited (NNPCL) on the high sea waiting to discharge, the cost of hiring daughter vessel for the operation has been discouraging due to the high cost.

According to Isong, hiring a daughter vessel to bring the product from onshore to offshore currently costs $45, 000 per day as against the previous $20, 000 per day it used to cost because of the high cost of diesel. This is aside other charges paid including the Nigeria Ports Authority (NPA), Nigerian Maritime Administration and Safety Agency (NIMASA) among other charges.

“The challenge is the exchange rate and the scarcity of the dollar. It is very difficult to get the dollars. A daughter vessel is hired for 10 days to discharge the content from the mother vessel; this means that it has shot up from $200, 000 to $450, 000. Then marketers and depot owners also pay Nigeria Port Authority (NPA) and Nigerian Maritime Administration and Safety Agency (NIMASA) charges in dollars. Yet, the dollar is scarce and difficult to get,” Isong explained.

This situation, he further explained, accounts for why many marketers and depot owners will refuse to go and lift petrol from the mother vessel and when some of them lift, then they have to factor in the cost of the dollar and other logistics cost at their depot because no business like to operate at a loss.

“The problem is really the scarcity of dollar. The higher the dollar rate, the higher the cost of operation. Unfortunately, you also have these charges to pay to government agencies like NIMASA and NPA in dollars.

“There is a bottleneck at that point. It is true NNPC has brought the vessels onshore, but it is the bottleneck in bringing the products offshore into the private depots that is an issue because of dollars. The depots are charging to recover their cost. Many people are already closing shops.

“Even we as MOMAN cannot go and pick the product because we cannot hire vessel at that price because we have our limits. That’s the challenge. Every time the dollar rises, it impacts many things,” Isong submitted.

The National Operations Controller, Independent Petroleum Marketers Association of Nigeria (IPMAN), Mike Osatuyi,  said that marketers are finding it very difficult getting the product owing to the shortage in supply. Those that have to sell, he explained, have had to go the ‘extra mile’ to get supply to their filling stations.

“NNPCL is the sole importer of petrol, so if they cannot make the product available, then how do we get petrol to lift and sell to the public?” Osatuyi asked rhetorically.

The development has renewed calls for marketers like MOMAN, IPMAN among others, to be allowed to access foreign exchange at the government official price to enable them also import the commodity.

Stakeholders argued that with the commercialisation of the NNPCL, the firm has become a competitor with other operators in the sector and as such should not be given any undue market advantage by the government. They contend that the NNPCL commercialisation ought to have changed the era of preferential treatment it got when it was a state-owned entity, hence, there should be a level playing ground for all operators to compete in the market.

Earlier in the week, the Oil marketers and petroleum depot operators, under the aegis of Depot and Petroleum Products Marketers Association of Nigeria (DAPPMAN) also challenged the preferential treatment that the NNPC Limited is perceived to receive regarding access to foreign exchange (FX) at the official rate.

Chairman of DAPPMAN and Chief Executive Officer of North-west Petroleum and Gas Company, Mrs. Winifred Akpani, called on the Federal Government and the Central Bank of Nigeria (CBN) to ensure a level-playing field for all players in the area of FX access to enable them boost capacity and continue to make petrol available to Nigerians.

Akpani stated that accessing FX at the official CBN rate was a serious challenge for marketers and was responsible for the price differential in petrol distribution in the country. She specifically decried the alleged absence of a level-playing field that guaranteed access to dollars for all marketers at official rates, saying having NNPC as the sole importer of petrol is not sustainable, considering the huge consumption of the product.

The DAPPMAN chairperson stated that strategic decisions must be made in the industry to ensure Nigeria took full advantage of the expected growth in oil products demand across Africa. She maintained that accessing FX through the CBN window would enhance their capacity, facilitate seamless supply of petrol, and birth a regime of sustainability in terms of storage, distribution and supply across the nation.

“DAPPMAN hereby calls on the government to establish a level playing field in the sector by giving petroleum marketers access to forex at the CBN exchange rate for their operations. The NNPC, which historically served as the supplier of last resort, is now the major oil downstream company in Nigeria with the acquisition of OVH and has full access to dollars at CBN’s official rates. The NNPC also has access to products through swap arrangements,” Akpani said.

Akpani emphasised that accessing FX at the official rate would boost fuel supply across the country, adding that the burden of sourcing FX through the parallel market for transactions domiciled in Nigeria has left petroleum marketers in dire straits.

She said, “Accessing dollars for our operations has been an insurmountable hurdle for petroleum marketers. The difference between CBN exchange rate and the parallel market exchange rate continues to get wider by the day.”

Akpani noted that in addition to core operational expenses denominated in dollars, petroleum marketers also contended with sourcing funds from the parallel market to pay fees, levies, and some unauthorised levies also charged in dollars.

According to the DAPPMAN chairman, to charter a vessel to convey 20,000 metric tons of petrol within Nigeria for 10 days, with freight charges denominated in dollar, amounted to about N220 million at official forex rate of N440, while it costs N440 million for petroleum marketers who source forex from the parallel market at N880.

But this may remain a tall dream as the NNPC remains way above competition. The NNPC for instance, sells the nation’s crude oil and therefore earns forex making her independent of relying on the Central Bank of Nigeria (CBN) or any commercial bank from dollars. Besides, it is easier for the NNPC to import petrol because such importation is not paid for as it is done on swap, that is “crude for fuel” basis.

The shortage of fuel has also been blamed on the unserviceable state of the pipeline network, bad state of the roads. IPMAN’s Public Relations Officer, Chinedu Ukadike, blamed it on logistics and bad state of roads in the country. He explained that most inland depots were without the product, saying it was taking longer days for trucks to move from the south to the northern parts of the country.

“The problem is logistic in nature and also the effect of long hauls because most of the depots are without the product. The roads are also very bad and from Lagos to Suleja or Kaduna it takes about four days now rather than the normal 48 hours if the roads were in good condition.

There is also the challenge in Apapa. The way to go is to get the pipelines working,” he submitted.

But the scarcity may further get to other parts of the country sooner. This is because of the disruption in supply chain. For instance, The Nation’s findings revealed that the entire pipeline system from Atlas Cove through Satellite, Ejigbo Mosimi, Ibadan, and Ilorin has been closed because of stealing from the pipelines. By implication, these depots in Mosinmi, Ejigbo, Ibadan Ilorin are all not working and not pumping petrol because there are too many holes on that pipeline done by vandals and petrol thieves. This leaves the supply chain with no alternative than the roads which are also in deplorable state.

Ijegun-Egba tank farm to truck out 126ml in February 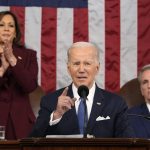