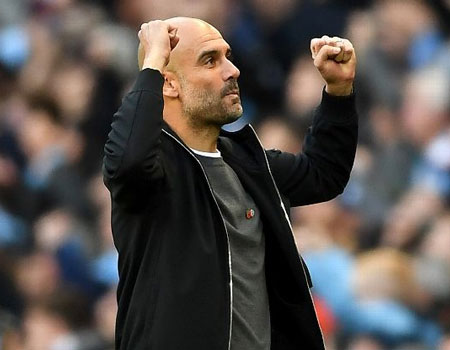 Pep Guardiola has agreed to a new two-year deal at Manchester City that will keep him at the Etihad until 2025, according to reports.

The Spaniard joined City in 2016 and in six years has won nine major trophies, including four Premier League titles.

City have also made a Champions League final under Guardiola, but they lost the 2021 all-English affair 1-0 to Chelsea.

And they’ll have until 2025 to win their first European crown under the iconic manager, as, according to The Athletic, City have reached an agreement with Guardiola to extend his stay for another two years.

The deal will be structured as an initial one-year deal, with both the club and manager holding an option for a further season.

That means either side can choose to part sooner if they wanted.

The structure is the same as the contract he signed in November 2020.

His existing contract at the Etihad was set to expire at the end of this season.

Guardiola is making back-to-back visits to Abu Dhabi, where owner Sheikh Mansour and chairman Khaldoon al Mubarak are based.

He was in the Middle East over the weekend for the Grand Prix and will return again for a warm weather training camp with some of his squad early next month.