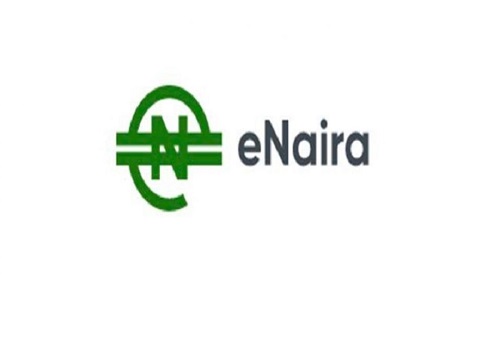 One year after the introduction of the eNaira by the Central Bank of Nigeria (CBN), indications are that the second digital currency introduced in the world has recorded some giant strides thus far.

It may be recalled that the eNaira, launched with fanfare by President Muhammadu Buhari at the State House in Abuja on October 25, 2021, filled people with anguish because of the attendant hiccups that comes with a new technology.

However, despite initial fears, the digital currency has been hugely successful all thanks to the determination of a few individuals who helped to drive the vision of the apex regulatory body of banks, according to industry pundits.

Investigation by The Nation revealed that Remita Payment Services Limited (RPSL), a fintech firm and one of the subsidiary companies of Systemspecs Limited, pioneered efforts in providing the first multi-use cases for eNaira on its Remita platform as it allows users to make and receive payments for diverse services and products.

Giving more insights on how the eNaira became a hit in the last one year, at separate interviews with our correspondent the duo of ‘DeRemi Atanda Managing Director/CEO and Mujeeb Ishola Chief Technology Officer, both of Remita Payment Services Limited, recalled that the firm indeed helped to liberalise the nation’s digital currency.

Firing the first salvo, Atanda while explaining the role played by Remita, said they brought a lot of innovative ideas to bear.

Specifically, he said, “We were ahead of every other person to innovate around the enaira, which is a new technology in Nigeria. That means we were the first fintech in Nigeria and therefore in Africa to have championed the liberalisation of the use of the central bank digital currency and making it available for everyday use and making it easy for you to use the digital currency without the fiat currency. And that is the innovation that has been recognised and its impacts in onboarding those who are not really within the financial ecosystem.”

Waxing philosophical, he said, “As with everything technology, the most important thing is the vision. Once you have the vision, you work hard at translating it into reality. Because these are some spaces where we have always been comfortable when you talk about payment, it wasn’t too much of an issue to crack it and fit in within the current payment landscape. It has been an inspiring moment for our entire tech team doing something new within the blockchain space and taking this to the national level. And that has made us become the pioneers in the entire African continent. The experiences we have garnered even though there were challenges, they have become resources with which we can take this beyond Nigeria.”

Also shedding more light on what the team at Remita did to change the fortunes of the eNaira for the better, Ishola said bearing in mind that it is part of the agenda that the CBN is pushing as the next frontier of payment systems, it was only natural for his team to key into it.

“The biggest thing we did was the collaboration with the CBN. We shared our experiences and our recommendations with them on the eNaira as a whole. And it’s very good to note that the collaboration went well. As a result of that we have integrated the eNaira onto our platform and the integration goes beyond being able to use the eNaira as a payment. On the Remita platform, you can use the eNaira for everything including payments, collections, mandates, standing orders, and every other aspect of our product and bringing that on was a huge thing,” Ishola emphasised.

In a related development, the CBN as part of events marking one year of the eNaira recognised a few individuals including SystemSpecs and presented it with an award as Nigeria’s leading fintech firm as the Payment Service Provider (PSP) of the year.

The award is in recognition of the company’s pioneering efforts in providing the first multi-use case for eNaira on its Remita platform.

While presenting the recognition award in Lagos, the CBN governor, Godwin Emefiele said, “Today, I am aware that people can use our eNaira on Remita.net to make purchases. You can pay for your DSTV subscriptions using eNaira, you can pay government bills, you can buy airtime and you can conduct a whole lot of transactions, using our eNaira.”

An elated Atanda and Ishola who received the award on behalf of the company, described it as something that would inspire the team to attain more lofty heights even as they assured that the eNaira

Besides, Aminu Mohammad Abba, Eze Chukwudi, and Abdullateef Abdulsallam were also specially acknowledged for their adoption and use of eNaira as individuals.