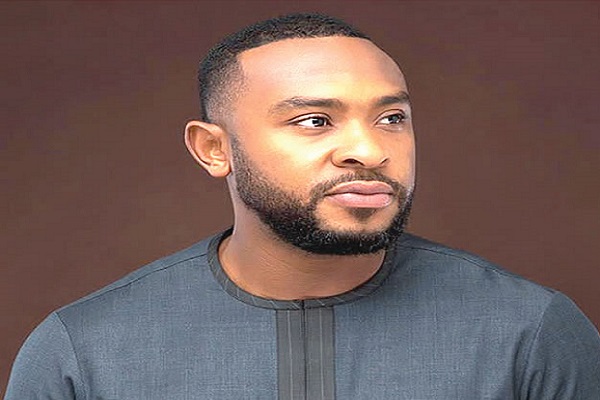 Popular actor Enyinna Nwigwe has explained how the recent United Arab Emirates (UAE) visa ban imposed on Nigerians scuttled his plans to tour and attend the maiden edition of a just-concluded international film festival hosted in its capital city, Dubai.

Nwigwe, a titled chief, revealed this in an exclusive interview with The Nation on the sidelines of a solo exhibition themed ‘ASCEND’ by Abisola Kuburat Gbadamosi on Saturday in Lagos.

The UAE government is yet to give reasons for the ban.

The actor, with chieftaincy title ‘Chi Turu Ugo 1’ (One Crowned by God) by an Imo community, lamented the visa ban which took effect October 18 denied him the opportunity to be in Dubai for META Film Fest, a new international film festival which started October 27 and ended yesterday.

“It’s quite painful because right now as I speak to you, I’m supposed to be in Dubai for the META Film Festival, and just a day to flying, the ban happened,” said the leading cast in ‘BADAMASI: Portrait of a General’, a biopic on former military President Ibrahim Babangida.

He added: “It’s quite disappointing and I’m hoping that the Nigerian government really get in touch with its UAE counterpart to sort out whatever the problem is.”

The actor starring alongside Akon for the second time in Hollywood Comedy Film ‘The American King’ explained he “recently took a very short break from acting and filming” for about two months while traveling more to focus on other things and restrategise.

“A lot of evolution is going on.

“It’s important for one to take a break sometimes to restrategise and know how to approach things next,” Nwigwe said.

On his latest projects, he said: “I have quite a lot of films coming up.

“My fans should expect me in Season 2 of Kings of Jo’Burg, a Netflix Original series produced in South Africa.

“I have a film on tour in the United States: ‘Single Not Searching’, which was done in collaboration with some American actors.

“We are also touring Europe and UAE with the film.”

Commending Gbadamosi’s work showcasing 12 paintings through watercolour over a period of eight years focusing on the interplay between light and colour, spirituality, everyday life and loss, he said: “I think it’s amazing.

“Also looking at her journey since the very first time I saw her work at the Rele Gallery as young, contemporary exhibition about five years ago and seeing how far she’s grown from then till now and how much her work has evolved but still maintain the core of where her expressions come from which is internal energy-driven.

“You can see her work and understand the artist behind it, her mind, her journey.

“And it’s just so beautiful that you can feel the work speak to you.

“I think her pulling up a solo exhibition at a young age is no small feat.

“The very first time I saw her about five years, I felt the clarity in her work, her drive, her energy.

“I’m really impressed and happy to be here to see how she has evolved.”